Quebec is taking advantage of the opening of the Conference of the Parties (COP15) on biodiversity in Montreal to announce an investment of $650 million to ensure the protection of 30 per cent of its territory by 2030.

According to François Legault, this plan is "the most important investment in the protection of the territory and biodiversity in the history of Quebec."

The premier said the "Nature 2030 Plan" will have three components: the first is "to give Quebecers more access to nature"; the second is "to protect our threatened and vulnerable species"; and the third "is to support Indigenous leadership in biodiversity conservation."

The preservation of 30 per cent of the land and oceans is the flagship goal of COP15.

"I am first and foremost very proud that our government has increased Quebec's protected area from 10 per cent to 17 per cent. We are now the first in Canada in terms of the absolute size of protected areas. And I am committed today to reaching the target of 30 per cent of protected areas by 2030," said Legault in a speech to delegates from 196 countries, but also in the presence of Prime Minister Justin Trudeau and the Secretary General of the United Nations, Antonio Guterres. 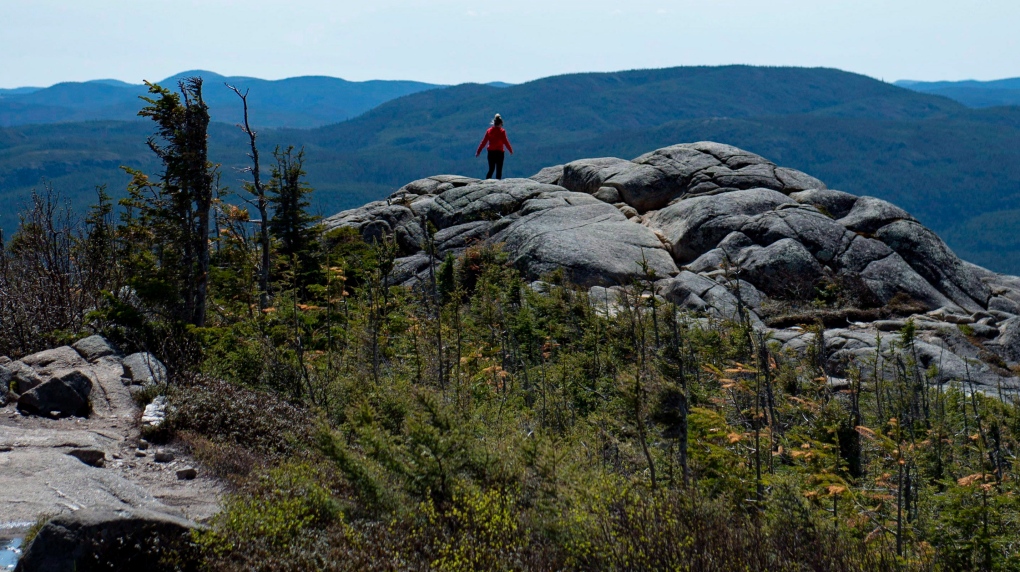 People hike to a lookout point in the Hautes Gorges de la Riviere Malbaie National Park, a provincial park in the Charlevoix region of Quebec, on Sunday, June 10, 2018. THE CANADIAN PRESS/Justin Tang

In his speech, the Quebec premier highlighted the province's "clean energy."

"Hydro-Quebec has just signed a major contract to export clean energy to New York State. This clean energy will allow New York State to eliminate the equivalent [greenhouse gases] of one million cars. This is proof that states like Quebec can make a difference internationally, and for the planet," he said.

This report by The Canadian Press was first published in French on Dec. 6, 2022

A gay man is taking the federal government to court, challenging the constitutionality of a policy restricting sexually active gay and bisexual men from donating to sperm banks in Canada, CTV News has learned.

A Quebec woman said she was very surprised to find her stolen Audi had been used in what’s being described as an “absolutely insane” Ontario mall robbery.

Canadian Actor Ryan Reynolds dropped by a Toronto college on Wednesday, surprising students in the midst of a school project.

A team of preteen Ukrainian refugees that have been scattered across Europe by war arrived Wednesday in Quebec City, where they'll get the chance to compete in a renowned hockey tournament.

Nearly a year since Russia's invasion of Ukraine, community organizers say there is still work to be done to help the thousands of Ukrainian refugees looking to start a new life in Canada while coping with the hardships they've faced coming here.

After a radioactive capsule went missing in Australia, could the same happen in Canada?

After a tiny radioactive capsule went missing in the Australian outback, an expert in Canada says the likelihood of the same happening in this country is unlikely, given our strong regulations governing the handling of radioactive materials.

As Black History Month gets underway, Canada Post has unveiled a new stamp honouring Chloe Cooley, a young Black woman who was known to challenge her enslavement in the late 18th century.