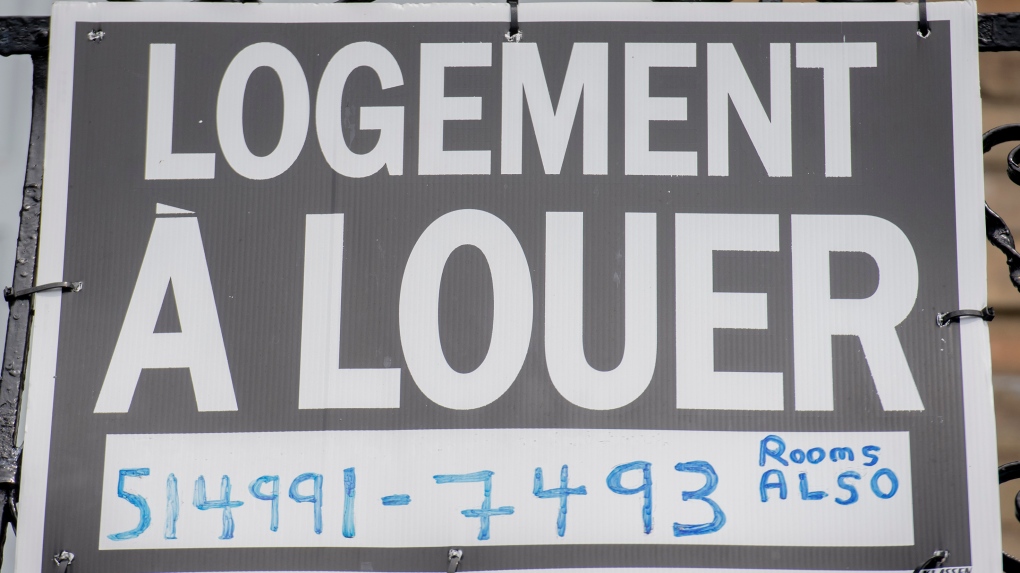 A 'for rent' sign is shown on moving day in Montreal, Friday, July 1, 2022. THE CANADIAN PRESS/Graham Hughes

The Quebec government is being urged by Quebec Solidaire (QS) to introduce a cap on rent increases to help hundreds of thousands of renter households cope with the rising cost of living.

The opposition party's spokesperson, Gabriel Nadeau-Dubois, maintains that some rent increases are abusive. He points out that the Canada Mortgage and Housing Corporation (CMHC) has identified an average rent increase in 2021 in Quebec that is much higher than what was recommended by the Rental Administration Tribunal (TAL). Nadeau-Dubois noted that housing is the most expensive expense for Quebec households.

The Consumer Price Index rose 6.9 per cent year-over-year in Canada in October, according to Statistics Canada, which is identical to the increase recorded in September. Data for November has not yet been released.

QS housing critic Andrés Fontecilla adds that many landlords are not complying with the index recommended by the housing tribunal. He warned the government that fighting inflation without taking action to curb the explosion in rental prices is a waste of time.

Québec Solidaire is proposing to cap rent increases according to the rent setting index unveiled each January by the non-binding Housing Administrative Tribunal.

Fontecilla says this is a simple, effective and zero-cost solution to better control rent increases and stop property owners from skirting the rules to drive up rents.

Québec Solidaire says its proposal would allow landlords who need to raise rents above the set rate to take steps to justify the increase to the TAL, as is currently the case when tenants challenge their rent increase in court.

- This report by The Canadian Press was first published in French on Dec. 2, 2022

Fifteen grade school students in Mexico have been treated after apparently taking part in an internet 'challenge' in which groups of students take tranquilizers to see who can stay awake the longest.