Protests against Bill 21 will be held across Quebec this weekend 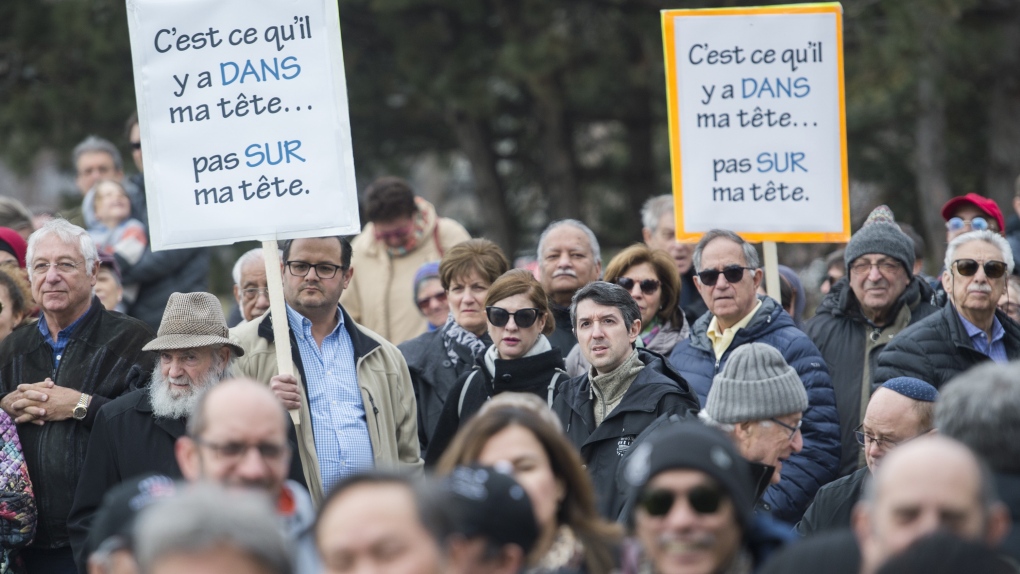 MONTREAL -- Bill 21 has been law in Quebec since June, but that hasn't stopped public mobilization against the province's controversial ban on religious symbols in the public service.

Anti-Bill 21 demonstrations will be held in four cities across the province at 2 p.m. on Sunday, including the site of the mass shooting of Muslim worshippers in Quebec City in 2017.

The protests, organized by the grassroots group Non a la Loi 21, will take place at the following locations:

Organizers are asking those coming to the protests to wear religious symbols of their choice. They say politicians, religious leaders, human-rights activists and people who have been directly affected by Bill 21 will be in attendance.

"This law does not only harm those directly affected by it," Hanadi Saad, one of the event's organizers, said in a statement, "It affects everyone in Quebec. It makes us a discriminatory society where no one can feel safe."

Bill 21 was introduced by Francois Legault's CAQ government this past spring and became law on June 17. It bars new public service hires from wearing or displaying religious symbols at work, and requires people giving or receiving public services to have their faces uncovered.

The legislation, which the government has said is essential in promoting the religious neutrality of the state, has been widely criticized and called discriminatory by its opponents, and has already been the subject of several demonstrations this year.