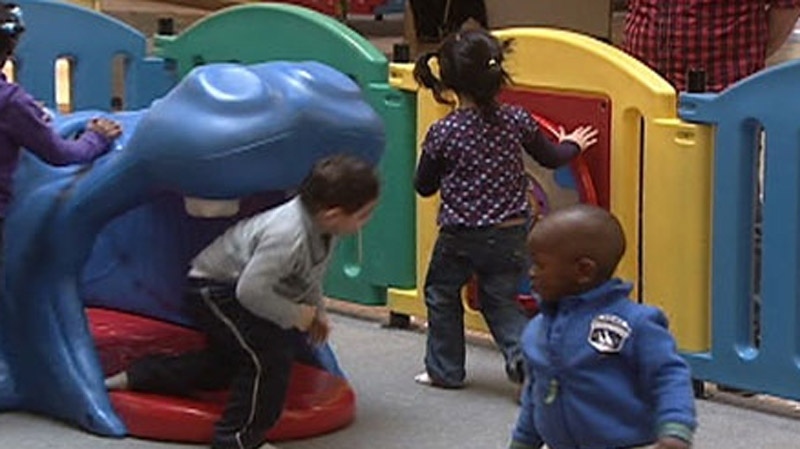 MONTREAL -- Private daycare associations are asking the Quebec government to prioritize vaccinating their staffs and are warning parents that services may breakdown as long as employees have not received their shots.

The Quebec Association of Private Daycares (AGPQ) and the Association of Non-Subsidized Daycares (AGNSI) asked the government to “grant daycare staff the recognition they deserve and offcer vaccination against COVID-19 in order to maintain services.”

Both associations said they fear the effects of the third wave on their workforce.

“With the variants, we are starting to have a lot of concerns about staff,” said AGPQ president Samir Alahmad, adding that every day, educators with symptoms notify their employers at the last minute.

Those staff members must take a screening test and wait for a negative result before returning to work. When one does have COVID-19, they must be placed in isolation for two weeks.

“It's a puzzle to manage for administrators but also for the parents who lose childcare service,” said Alahmad.

Alahmad said his organization is asking for vaccines to be administered in April.

“Unfortunately, there is no indication at the moment we will be part of a priority group,” he said.

He argued that immunologists believe children are potentially more contagious with the spread of variants and that educators are therefore now more at risk of contracting the virus.

Several private daycares have recently notified parents that groups could be closed due to lack of staff.

The AGPQ and AGNSI have approximately 120,000 childcare spaces in the province.

This report by The Canadian Press was first published April 5, 2021, with files from CTV Montreal.