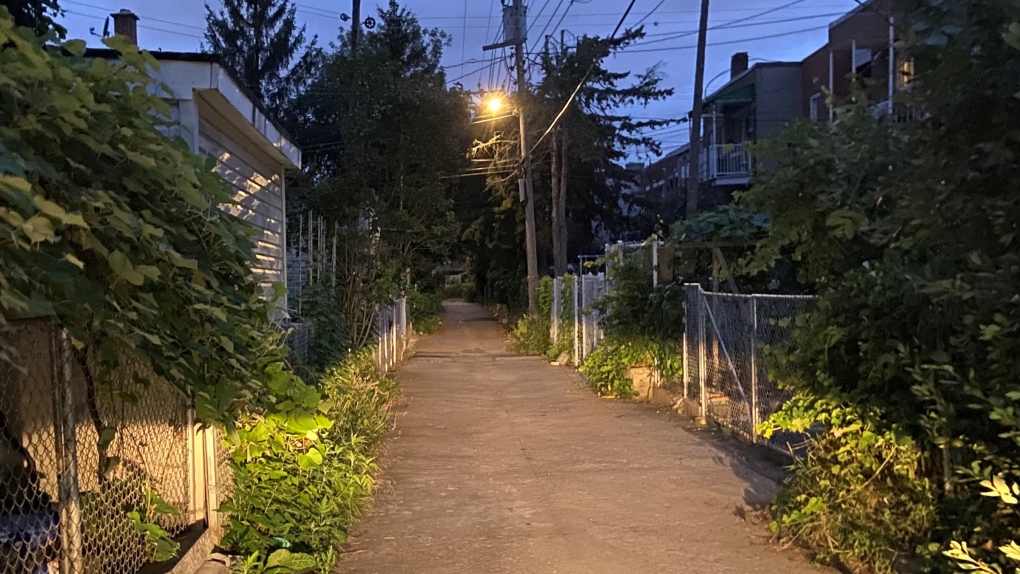 Montreal police are investigating after a 911 call was placed reporting a gunshot and an injured cat. Officers found the animal dead in a Park Extension alley. (Photo: Andrew Brennan/CTV Montreal)
MONTREAL -

Montreal police are investigating the possible killing of a cat in Park Extension on Sunday.

According to an SPVM spokesperson, a call was placed at around 4 p.m. reporting gunshots and an injured cat. Officers arrived to find the cat dead in an alley behind Querbes near Ball Ave. but could not confirm any shots were fired.

Someone claiming to be a neighbour of the cat's owner posted about the dead cat in a Park-Ex Facebook group, saying it was “Such a good cat, never bothered anyone.”

According to the Facebook post, the cat was killed by a bb or pellet gun by police said it was too soon to reveal the cause of the animal's death.