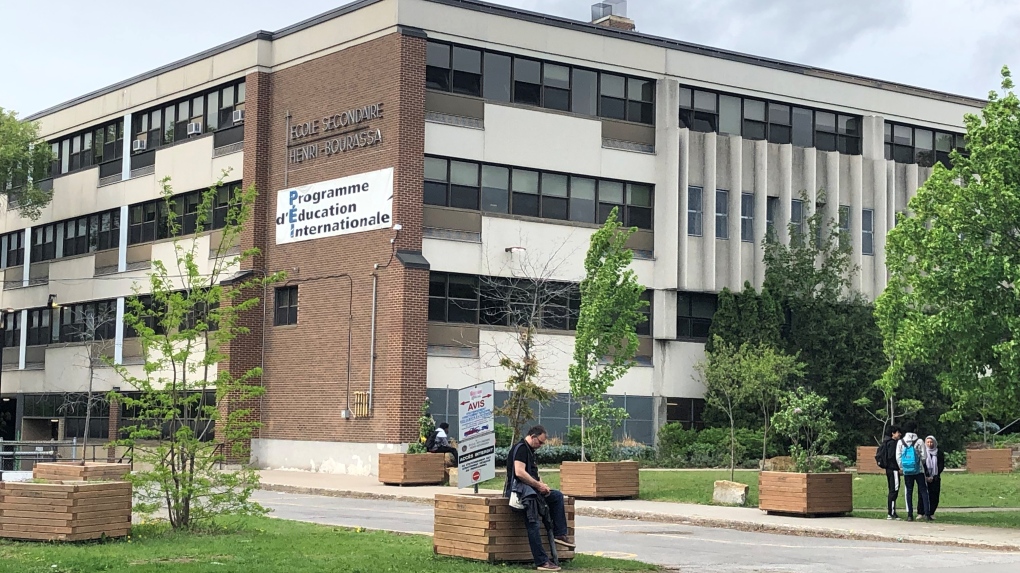 Students and staff at Henri-Bourassa High School in North Montreal were forced into lockdown after a caller reported seeing a gunman outside nearby.

Students at a high school in Montreal North were forced into a lockdown after a caller reported a gunman nearby on Tuesday afternoon.

SPVM spokesperson Raphael Bergeron said the young men were searched, but no firearms were found.

Investigators are speaking with the young men, but Bergeron said the school was not targeted, but rather a conflict erupted between two individuals.

The caller who reported the sighting said the person with a gun was outdoors, a few blocks from Ecole Secondaire Henri-Bourassa.

A witness, Derek Rombeiro, said he saw a park adjacent to the school "filled with police officers, going after three suspects."

The three young men, who Rombeiro said looked like teenagers, lay on the ground while police patted them down, then were taken away in a police van.

Pointe-de-l'Ile Service Centre Director Valerie Biron confirmed that a concerning call came in this afternoon to the school.

"A team was quickly dispatched and the end of classes was delayed to allow police to verify the seriousness of the call," she said.

"The students remained in the safety of their classrooms throughout the intervention, along with their teachers."

Biron said officers searched the school and confirmed that it was secured and students and staff were allowed to leave around 3:45 p.m.

"Parents were informed of the situation by email and were invited to debrief their children," said Biron.

Psychologists will be available to any students or staff who need assistance over the next few days.

Last year, several Montreal schools were briefly closed as a precaution after a series of hoaxes.

Canada has signed an agreement to upgrade the NATO battlegroup it leads in Latvia to a brigade, a move that signals a commitment to the military alliance even as the federal Liberals resist calls to boost defence spending to two per cent of GDP.

A decorated OPP officer became part of the problem of the GTA’s troubled tow truck industry when he played favourites and sent more than half a million dollars in tows to a tow truck company also featured in a reality TV show, according to a Superior Court justice.