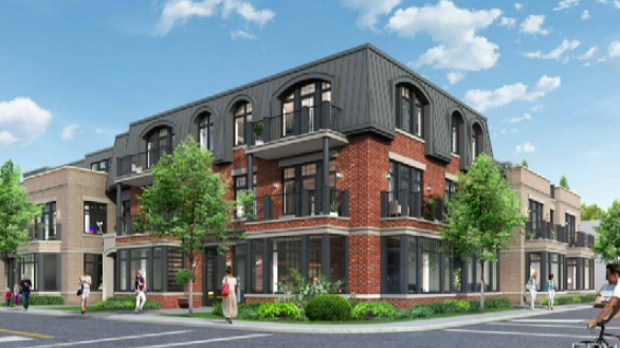 The city of Pointe Claire's demolition committee has approved a plan to demolish the old Pioneer bar and replace it with a three-storey condo project.

The city of Pointe Claire has approved a plan to build a condominium project on the site of the former Pioneer bar.

The demolition committee has approved a plan for a three-storey building with a brick facade.

Critics are perplexed, saying the plan that was approved Thursday is essentially the same as what city councillors rejected last year.

However the project's developer said he took criticism into account, cutting one floor off the original idea of a four-storey building.

"You guys have decided you want to sell it. You did not ask the citizens. They are not wanting it to happen," said one woman.

The sale of the building was approved in January after a year-and-a-half of negotiating.

The Pioneer's former owner tried for several years to find a buyer before it was sold.