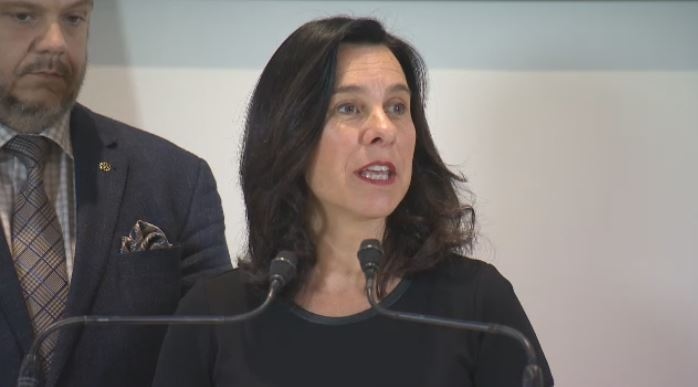 One day after announcing a plan to ban heating oil, Montreal's administration is taking another step in its climate action plan.

On Tuesday, Mayor Valerie Plante sent a letter to pension managers at the city, urging them to divest from fossil fuels.

The pension plans of city employees account for a total of $14.3 billion.

The impact of climate change already costs municipalities, and that's why it's vital to take action now, she said, noting that it is ultimately their decision.

"Pension committees are autonomous and independent, and therefore have full decision-making flexibility. Our appeal is symbolic, but we believe it is our duty to take a position and inform the pension committees with the hope that we can raise their awareness on this issue and also people that are already retired can put some pressure (on them) as well," she said.