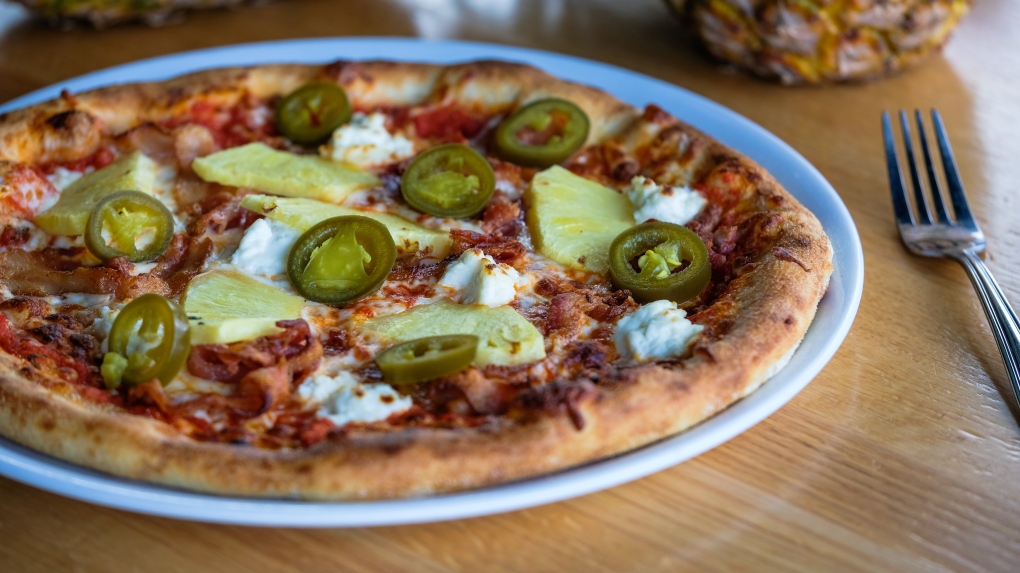 The Hawaii Five-O, a pizza with pineapple among its ingredients, will be available at Bacaro Pizzeria throughout February.

MONTREAL -- It is, among things that don’t really matter, one of the more polarizing societal debates: should pineapple be used as a pizza topping?

Uncouth and heretical or savoury and adventurous – there appears to be little public opinion that lands between those two extremes.

How to settle the issue? Bacaro Pizzeria, a chain of Italian bar/restaurants in and around Montreal, is taking a shot by launching an online poll/contest on the matter.

You can vote on Bacaro's site through the end of February (in exchange for an email address); one voter will win a month's worth ($30 gift card a day) of Bacaro food and drink.

Democracy aside: Who is to blame/credit for introducing the concept of pineapple on pizza?

Sam Panopoulos, who was born in Greece and lived and worked as a restaurateur in Ontario, is believed to have introduced "Hawaiian pizza" - which included chunks of canned pineapple as a topping - in 1962 at the Satellite Restaurant in Chatham, Ont. (How there has not been a Canadian Heritage Moment on his epiphany is puzzling.)

Panapoulos died in 2017 at age 83, but the debate over his culinary creation endures - and likely will regardless of what Bacaro's survey determines.