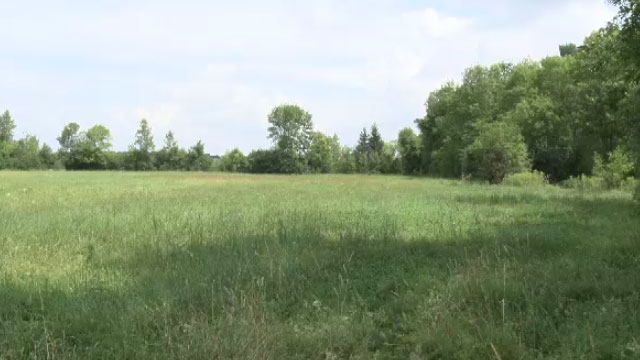 The City of Montreal's project to develop the "Great West Park," which would be the largest urban park in the country, will receive a $50 million investment from the federal government which sees it as a way of protecting the island against floods.

This vast urban park will be located mostly in Pierrefonds-Roxboro in Montreal's West Island.

Plante had already proposed the project earlier in the month, but the federal money should help it come into being faster.

"This is good news for the environment and for Montrealers trying to adapt to a changing climate," said Trudeau.

Montrealers have suffered two major floods since the spring of 2017, and have had to deal with cleaning up and rebuilding properties.

This park, described as "natural infrastructure" by the mayor - as opposed to structures such as dikes - will help preserve wetlands and improve the management of the outfalls to protect the neighboring population against spring floods, she said.

These improvements, including pumping stations, will help prevent spring overflows of the Riviere des Prairies.

The $50 million in federal money will come from the Disaster Mitigation and Adaptation Fund, created in 2017. This federal fund aims to help communities build the infrastructure they need to better withstand extreme weather events such as floods, forest fires, earthquakes, and droughts.

"It is better to invest in climate change aid than to have to compensate victims year after year," said Champagne.

"With this investment, the federal government is also confirming the importance of taking action now to ensure the safety of people, property and infrastructure during major spring floods," said Plante.

The total cost of the park is not yet determined, however the preliminary budget has been set at $125 million. The federal share is 40 percent of this cost, up to a maximum of $50 million, which Montreal will be able to receive in its entirety if it invests $75 million itself.

Although the city already owns much of the land it wants to include in its project, others belong to private individuals including real estate developers.

Meanwhile many developers do not want to sell, and have filed notice of legal action against Montreal because they do not want their real estate projects to be compromised by the creation of the park.