Three people are dead and two others are injured after gunshots were fired towards a residential building in Montreal's east end.

Montreal police (SPVM) responded to multiple calls at 7 p.m. about the gunfire, on Perras Boulevard near 54th Avenue in the borough of Rivière-des-Prairies–Pointe-aux-Trembles.

One of the victims was reported dead at 9:30 p.m. Monday; a second succumbed to their injuries just before midnight and the third was confirmed passed early Tuesday morning.

"We are still waiting for the health conditions of the two other victims," Montreal police spokesperson Julien Lévesque said. 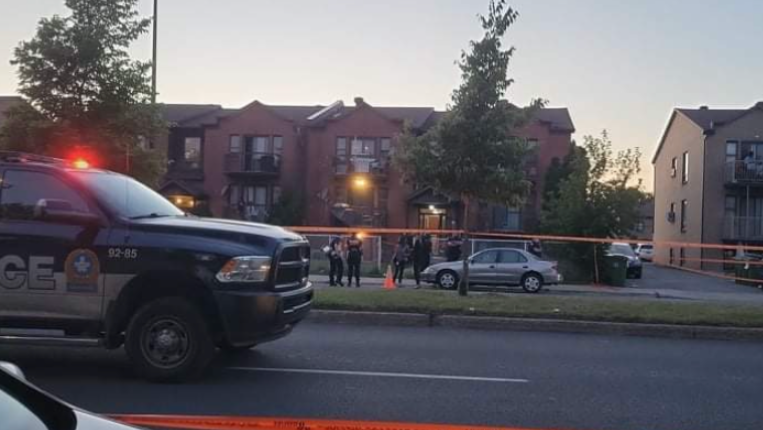 RDP borough Mayor Caroline Bourgeois took to social media shortly after the incident to say she and her team are working with Montreal police.

"All efforts are being made to restore calm to the area, it is our priority," she insisted.

Quebec Premier François Legault took to Twitter Tuesday morning to send his condolences to the victims' families, adding "we will protect Montrealers and Quebecers."

Investigators are on the scene to determine the events leading to the gunfire. Police are asking people to avoid the area.

Celine Dion has stiff-person syndrome, here’s what that means

Canadian singer Celine Dion was diagnosed with stiff-person syndrome, a rare neurological condition with no cure, forcing her to take a step away from her world tour.

A new list by OpenTable shows the 100 "most beloved" Canadian restaurants in 2022, based on more than one million reviews.

Jennifer Lawrence shared her thoughts on the history of female-led action movies in a new interview, but the 'Hunger Games' star is getting some flack for not quite getting it right.

A woman is dead and another has serious injuries after a stabbing at High Park subway station in Toronto on Thursday afternoon.