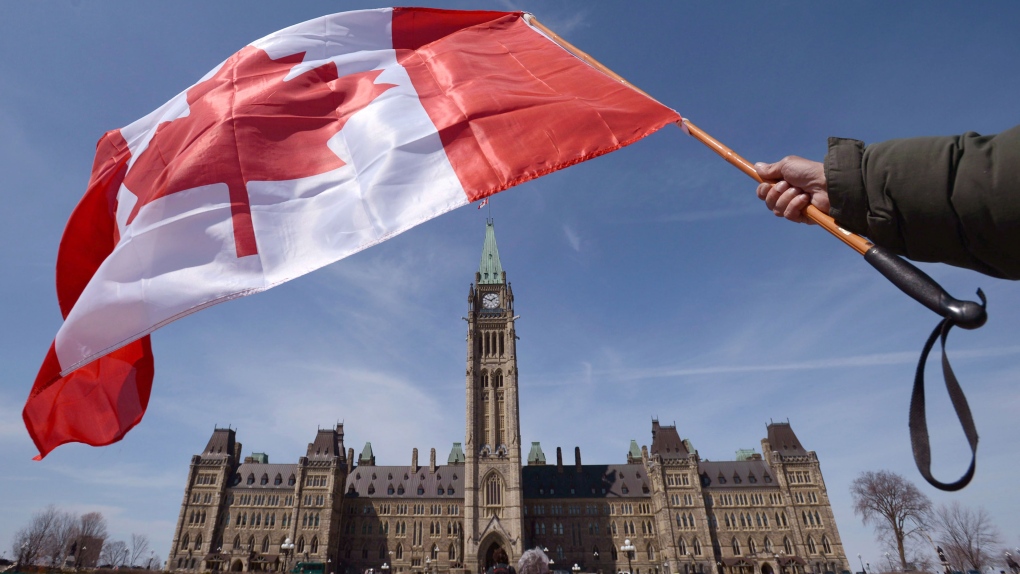 A Canadian flag attached to a ski pole is waved on Parliament Hill in Ottawa on Monday, April 15, 2013. (The Canadian Press/Sean Kilpatrick)

MONTREAL -- While Quebec and Ottawa are gearing up in anticipation of the reform of the Official Languages Act, the commissioner in charge of the file said he's delighted that issue is finally on the agenda and hopes for a real law “as soon as possible.”

Federal Official Languages Minister Mélanie Joly is due to table her white paper on this issue shortly. A reform of the 1969 law may eventually follow.

Last Friday, the Quebec minister responsible for Canadian relations, Sonia LeBel, outlined the province's position, hoping that we recognize that, of the two official languages in Canada, “French is the only minority in the whole of Canada.” And, as such, the French language “is the only one needing to be protected and promoted throughout the country.”

In reaction to Minister LeBel's statements, the Official Languages Commissioner Raymond Théberge, said he hoped a legislative solution be found to this question which is part of the constitutional foundations on which our country is based.

He also said he was “of the opinion that the situation of French in the country is truly unique” and that it was therefore necessary to “protect the language and culture of more than eight million Francophones in Canada in a sea of more than 300 million English speakers in North America.”