Nurses will get one day without mandatory overtime: labour tribunal 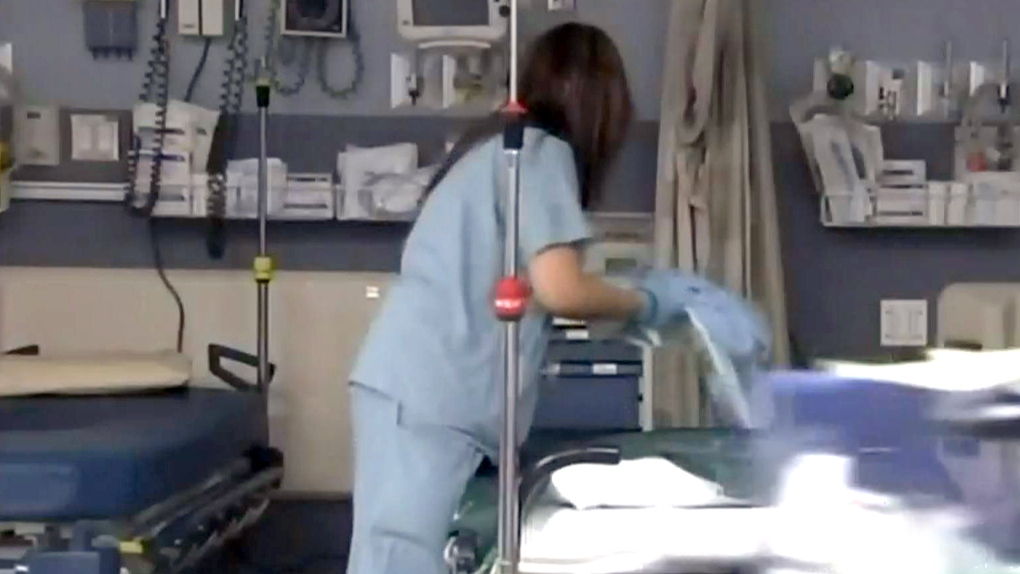 MONTREAL – Nurses unionized with the Fédération interprofessionnelle de la santé (FIQ) will be spending 24 hours without mandatory overtime from Nov. 15 to 16.

The Administrative Labour Tribunal has ratified an agreement to that effect.

Last week, the FIQ union of health professionals, which represents 76,000 nurses, licensed nurse practitioners and other healthcare professionals, publicly asked to get 24 hours without compulsory overtime on Nov.15 to 16.

It is not a refusal to work OT, as was the case on April 8, but instead a request addressed to health facility managers to take "all reasonable means" to avoid the mandatory OT during this one-day period.

According to the union, working an eight-hour shift, only to be told near the end that a nurse is obligated to work an additional eight hours causes burnout and leads many young nurses to leave the healthcare network.

As many as 4,000 nurses left the Quebec health network in the last four years alone.