Newlyweds from Montreal among victims of airplane crash in Iran

MONTREAL -- Two Montreal couples and a newlywed were among the 176 people who died when a Ukrainian Airlines plane crashed near Tehran, Iran, on Wednesday. 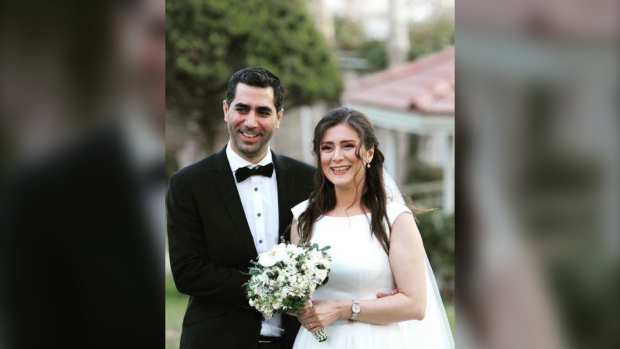 Sara Mamani and Siavash Ghafouri-Azar, engineers who graduated from Concordia University and worked at Bombardier and Pratt & Whitney, respectively, were confirmed to have died in the crash.

“It is devastating and so unfortunate for me and my family; young, newlywed, a couple gone forever. We were very close. My family and relatives are still in total shock,” Reza Ghafouri, Ghafouri-Azar's uncle, told CTV News. “I cannot come up with the words to describe my kind, dedicated nephew. He was a very positive and passionate person, from childhood until his soul departed from his body. Rest in peace my dearest, next to your beloved wife.”

The couple, who had just bought a home in Montreal, had visited Iran for their wedding ceremony.

Ali Dolatabadi, one of Ghafouri-Azar's thesis supervisors, had last seen him just before the holidays.

"He told me he bought a house in Brossard with his fiancee and he was going to invite me for a housewarming party," he said.

Mamani's friend Roxanne Dayyani was preparing to host a party in their honour to celebrate the wedding.

"I just spoke to Sara last week and she was supposed to come to our home next week. I can't believe what's happened," she said.

Navid Sharifi, a friend of Ghafouri-Azar who studied at Concordia at the same time as the couple, said he "didn't want it to be true" when he saw the couple's names Wednesday morning on the list of passengers who had perished.

"It's very saddening, especially thinking about the fact that they were just starting a new chapter of their lives," Sharifi said. "I think both of them were very full of life." 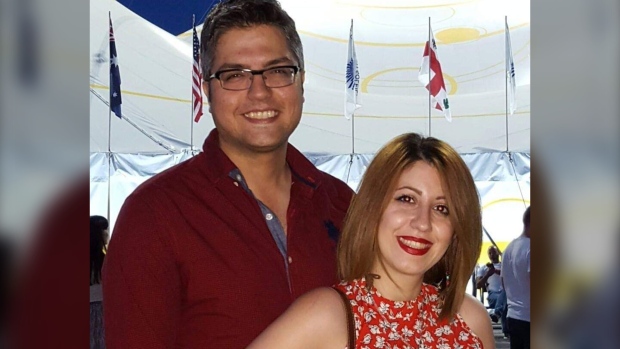 Arvin Morattab and Aida Farzaneh are also among the victims from the Montreal area.

Arvin's twin brother Armin spoke to CTV News Montreal and said the brothers moved to Canada in 2011 to pursue their dreams in the field of engineering.

"Arvin was the kindest man," said Armin. "He was very smart. He was always helping friends, people. He was very curious. For every question that he had in mind, he started to read."

Armin said his brother and sister-in-law had known each other for more than a decade from their hometown of Sanandaj in Iran, adding that she was strong and had a calming presence.

"He had a beautiful life with Aida, his wife," said Armin. "She was a very smart girl. She was hardworking, very kind, very lovable."

"The entire ETS community offers its sincere condolences to the families and loved ones of Mrs. Farzaneh and Mr. Morattab, as well as to their teachers and colleagues," the school wrote in the statement. 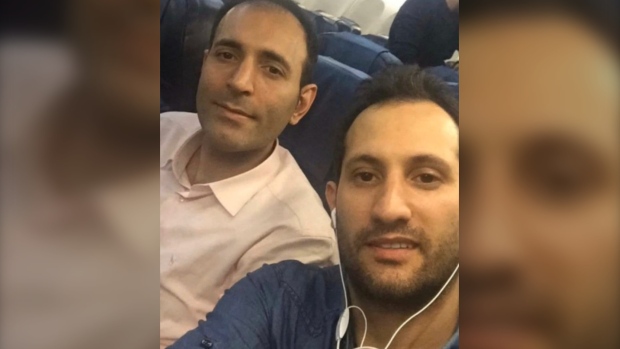 Montrealer Shahab Raana left behind a successful career in Iran to come to Canada for a better future, his close friend Hamidreza Zanedi said.

Zanedi, who first met Raana about 15 years ago in Iran, said his friend posted a selfie from the plane on an Iranian messaging app just before takeoff. He said his friends in Iran have also been in touch with Raana's family members, who are in a "state of shock and sorrow."

Zanedi said Raana had a good job in Iran as a quality control manager, and was taking courses in Montreal to improve his language skills and gain Canadian work experience.

He'd booked a trip back to Iran without telling his family because he wanted to surprise them, Zanedi said.

"I can't even imagine his face without a smile on it," he said.

A candlelit vigil will be held for the victims at Concordia's GM building on Thursday at 5:30 p.m.