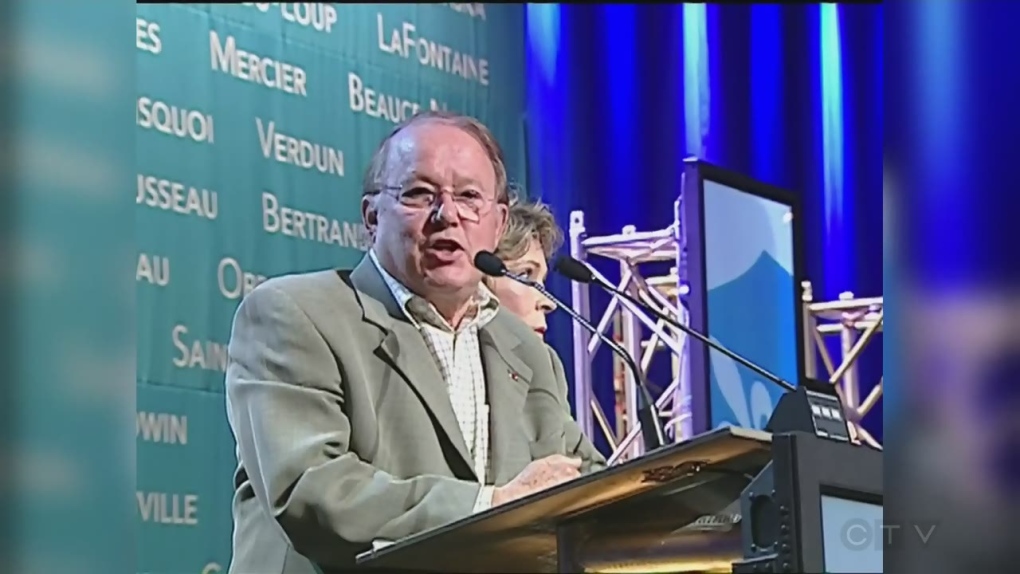 Plante made the proposal Wednesday, one year to the day after Landry's death on Nov. 6, 2018.

The mayor tweeted that Griffintown-Bernard-Landry station, which would be located in the heart of the CIte du Multimedia, would acknowledge Landry's significant contributions to Montreal in an area that she says is a testament to Landry's audacious economic vision.

Plante said she has formally proposed to the Caisse de depot et placement du Quebec (CDPQ), which is overseeing the construction of the REM electric light-rail project, that the station be named in honour of Landry. Plante says that Landry's inner circle is in favour of the idea.

Bernard Landry was Quebec's premier from March 2001 to April 2003. Prior to that he held several key cabinet posts in various Parti Quebecois governments between 1977 and 2001.

This report by the Canadian Press was first published Nov. 6, 2019.