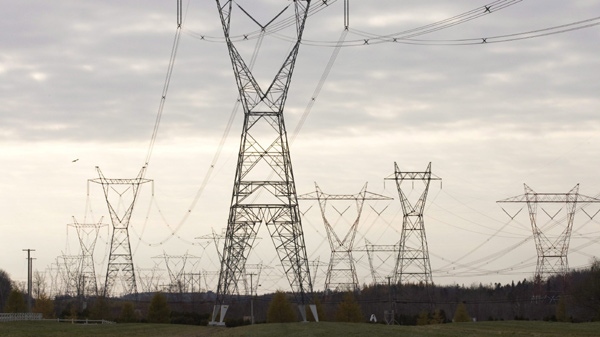 New Brunswick Premier Shawn Graham has pulled the plug on the controversial sale of NB Power assets to Hydro-Quebec, saying changes sought by the Quebec utility made the deal unacceptable.

Graham said Hydro-Quebec sought revisions to the $3.2-billion deal that no longer made it worthwhile.

"It is with so much regret that I am announcing this morning that we are no longer proceeding with discussions to finalize the energy agreement with Hydro-Quebec," Graham told the legislature Wednesday.

"Hydro-Quebec has asked for changes to the agreement that would have unacceptably taken away some of the value and increased some of the risks for New Brunswickers."

He said Hydro-Quebec found there were more risks than it was willing to accept, but did not explain further.

Quebec Premier Jean Charest said his province decided to pull out of the deal after finding unanticipated costs related to matters like security.

The original plan to sell NB Power, announced last October, would have seen Hydro-Quebec acquire transmission and distribution systems in addition to power plants for $4.75 billion. At the time, Graham touted the deal as one that would have drastically reduced the province's staggering debt and lower power rates.

But Graham later took transmission and distribution off the table, and said the 90-year-old utility would remain a New Brunswick-owned Crown corporation.

He amended the proposal following a public backlash and criticism with his own caucus. The revised deal was not enough to satisfy one cabinet minister, however, who was booted after calling for a referendum.

"There are lessons to learn from this experience," Graham said.

"People were not upset with us for taking on the electricity issue, they were angry with us because they wanted to be part of the solution and our process didn't let them in."

The stunning reversal comes months before an election, scheduled for Sept. 27.