MONTREAL -- A Mouvement Montreal candidate has been dropped from the party roster for posting several controversial images and statements to social media.

Mouvement Montreal leader Balarama Holness says he fired Marc-Andre Bahl on Friday. Bahl had been a member of Ralliement pour Montréal before the two parties merged.

Bahl, who had been the party's candidate for Rosemont – La Petite-Patrie, wrote to social media in one such post that "Islamophobia is not racism," above a screenshot which reads "all ideologies must be open to debate without fear of reprisal."

Above the caption, an image shows symbols associated with Christianity, Judaism, and Islam mixed with those related to Nazism and satanism. 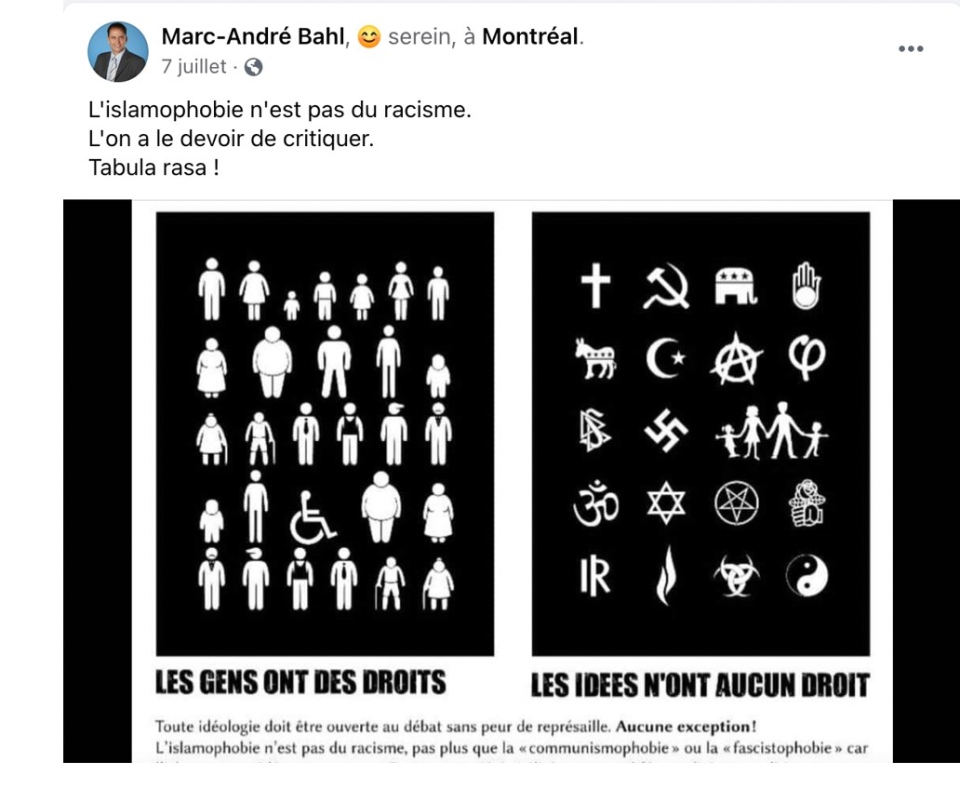 In another post, Bahl encourages readers to watch "Hold up" -- a French film about the COVID-19 pandemic which has been criticized for spreading misleading information.

Holness told CTV News Friday that he had only become aware of the posts earlier that day, and that he "unequivocally" rejects the sentiments expressed by the candidate.

The party leader says he'll now vet the other candidates which entered the party by way of Ralliement pour Montréal.

"The conspiratorial, anti-Semitic and Islamophobic remarks made by several candidates of Mouvement Montreal are not acceptable," wrote Plante, adding Holness and former Ralliement pour Montréal leader Marc-Antoine Desjardins "must show leadership and manage their caucus."