Most Quebecers believe first wave of COVID-19 is over, survey finds 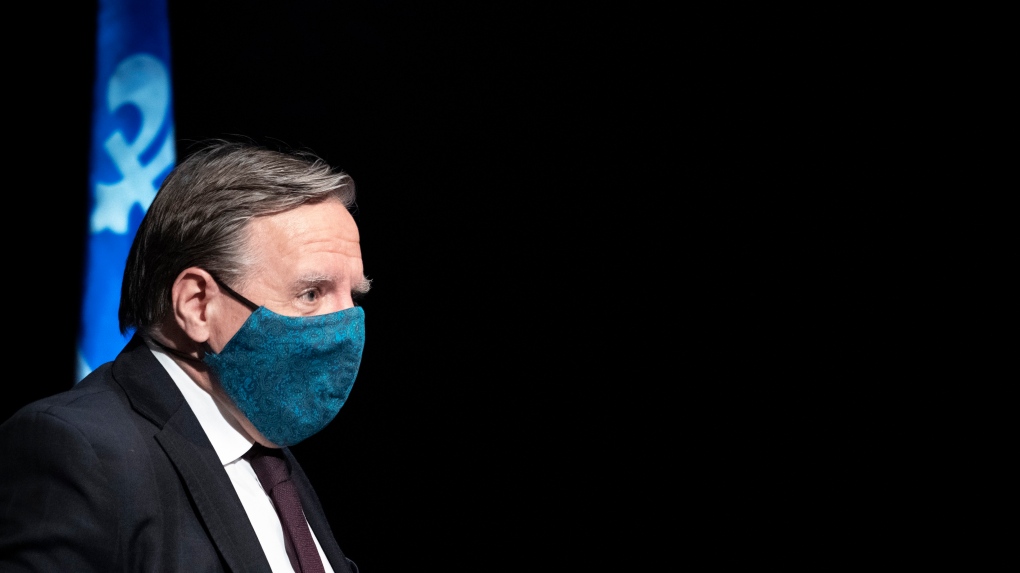 MONTREAL -- An online survey suggests Quebecers are the most likely in Canada to believe the first wave of the COVID-19 pandemic is over, despite having the highest caseload in the country by far.

The poll conducted by Leger and the Association for Canadian Studies showed that 54 per cent of respondents in Quebec believe the first wave is over, compared to 47 per cent in British Columbia, 41 per cent in Ontario and 39 per cent in Atlantic Canada.

The survey comes despite the fact that Quebec is the undisputed hotspot of COVID-19 in Canada, with more than half the country's 100,000 cases.

Jack Jedwab of the Association for Canadian Studies said surveys throughout the pandemic have shown that Quebecers --and French-speakers in particular -- have consistently shown lower levels of anxiety when it comes to the virus.

"The extent to which people are worried about getting the virus is lower here, despite paradoxically the very high number of cases and the higher fatality rates on average than anywhere else in the country," Jedwab said in a phone interview.

The same survey showed that Quebecers were most likely to rank their mental health as "excellent" or "very good."

Jedwab said he believes the provincial government's positive messaging surrounded COVID-19, often paired with images of rainbows in windows and the message "Ca va bien aller" ("Everything will be OK"), may have played a role.

Furthermore, he noted that Premier Francois Legault, who has enjoyed a high approval rating, has constantly emphasized the fact that around 80 per cent of the province's deaths have occurred in long-term care facilities or seniors residences, which could lead the rest of the public to believe they're less at risk.

"Quebecers do not feel they're going to get the contagion, and I think that has to do a lot with the messaging," he said.

Jason Harley, an assistant professor in McGill's department of surgery, believes some of the numbers may be due to "strong feelings of relief" that the number of new cases, hospitalization and deaths have been declining in recent weeks.

"People are tired. It's been a very long time that people are in isolation and practising social distancing measures, so people are likely motivated to attend to good news," he said.

However, Harley noted that the majority of those surveyed in Quebec still believe a second wave is coming, and many expressed feeling stressed about the pandemic.

But Dr. Brett Thombs, a professor with McGill University's Faculty of Medicine who is heading up a project to review the evidence measuring the impact of COVID-19 on mental health, warns against drawing broad conclusions based on the survey.

He said it's very hard to compare different regions when it comes to COVID-19 anxiety, because many of the differences may have existed before the pandemic began.

"We have to be very cautious about attributing this to how they reacted to COVID, compared to how they were in the first place," he said.

Thombs said a study of vulnerable patients in four countries suggested that levels of anxiety rose less during COVID-19 in Canada and France than in the United States and the United Kingdom, something he attributes in part to a "highly coherent political response" in the countries that fare better.

In general, he said leaders across Canada have provided "steady messaging" and a relatively united front, which can reassure citizens.

But he said he's seen no scientific evidence to suggest people in different regions of Canada have dramatically different anxiety levels or mental health concerns when it comes to the novel coronavirus.

The web survey was conducted online between June 12 and 14 and involved 1,527 Canadians and 1,004 Americans. In accordance with polling industry standards, online surveys cannot be assigned a margin of error.

This report by The Canadian Press was first published June 18, 2020.