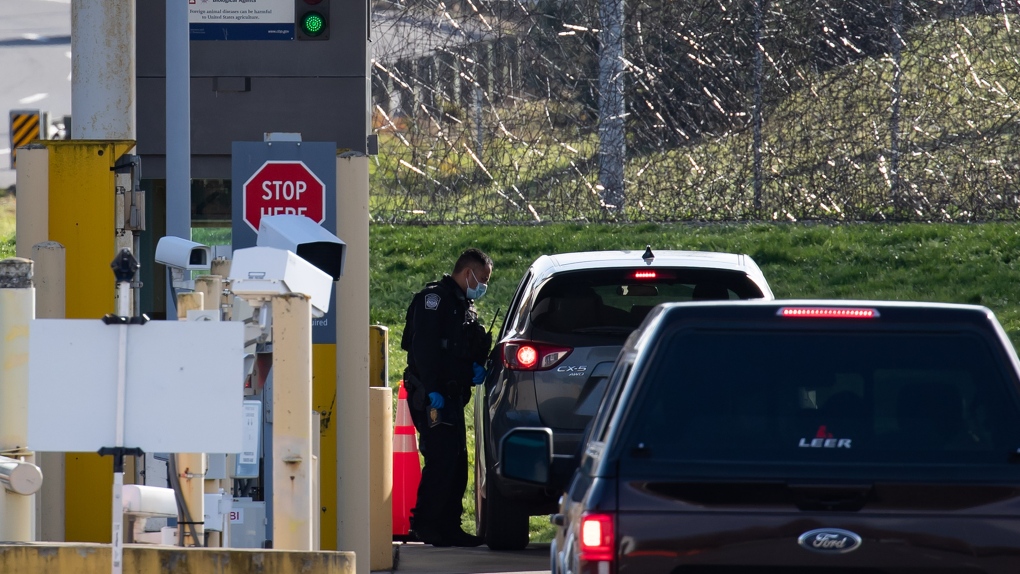 A U.S. Customs and Border Protection officer speaks to a motorist at a border crossing. THE CANADIAN PRESS/Darryl Dyck

A 27-year-old Montreal woman has been sentenced in New York State following her conviction of "trafficking in protected wildlife," according to the U.S. Attorney's Office.

Vanessa Rondeau was sentenced to time served and one year of supervised release by a judge from the Western District of New York, according to a statement released by the Department of Justice on Wednesday.

Rondeau was first arrested in May 2021 after she tried to cross the U.S. border into Canada at Highgate Springs, Vermont, with "numerous undeclared wildlife items," including a three-toed sloth, 18 crocodile skulls and heads and seven crocodile feet, according to documents filed in federal court in Vermont.

All wildlife must be declared to the Fish and Wildlife Service upon import into the United States and before its export from that country, under the Endangered Species Act.

Rondeau, the owner of The Old Cavern Boutique in Montreal, was also alleged at the time to be in possession of two horseshoe crabs, 30 sea stars, 23 raccoon feet, eight African antelope horns, one human skull "with mounted butterflies," four puffer fish and six shark jaws.

The woman's 2021 attempt to cross the border was not her first transgression.

She successfully made the journey 18 times between November 2018 and September 2019, mostly at the Champlain, N.Y. port of entry, including a dozen times between midnight and 2 a.m., according to Ryan Bessey, a special agent with the U.S. Fish and Wildlife Service, who worked undercover on the case.

After Bessey started communicating with Rondeau online in January 2020, the woman agreed to sell him a polar bear skull for $780.

To get it to him, she entered the U.S. at the Champlain, N.Y. border crossing with the skull in her possession – a violation of the Endangered Species Act, and then shipped it to him in Amherst N.Y.

The undercover agent received the package, and then Rondeau agreed online to sell him another polar bear skull for $584.11.

This time she sent it using Canada Post and labelled the package as containing "1 Cadre, which is the French word for frame," the statement reads.

The U.S. Attorney's Office estimated the monetary value of all the protected wildlife Rondeau either shipped or brought across the border to total approximately $37,204.

The U.S. Fish and Wildlife Service had also intercepted packages containing skulls from a bird, a weasel, a bat and the skin from a Hartmann's zebra, another protected species, an affidavit stated.

Environment and Climate Change Canada also assisted with the investigation.

Donald Trump invoked the Fifth Amendment and wouldn't answer questions under oath in the New York attorney general's long-running civil investigation into his business dealings, the former president said in a statement Wednesday.

An ICU physician is criticizing Ont. Premier Doug Ford's throne speech, saying the government 'has no plan' to help health-care workers and may not believe 'there's any type of crisis' in the province's overburdened hospital system.