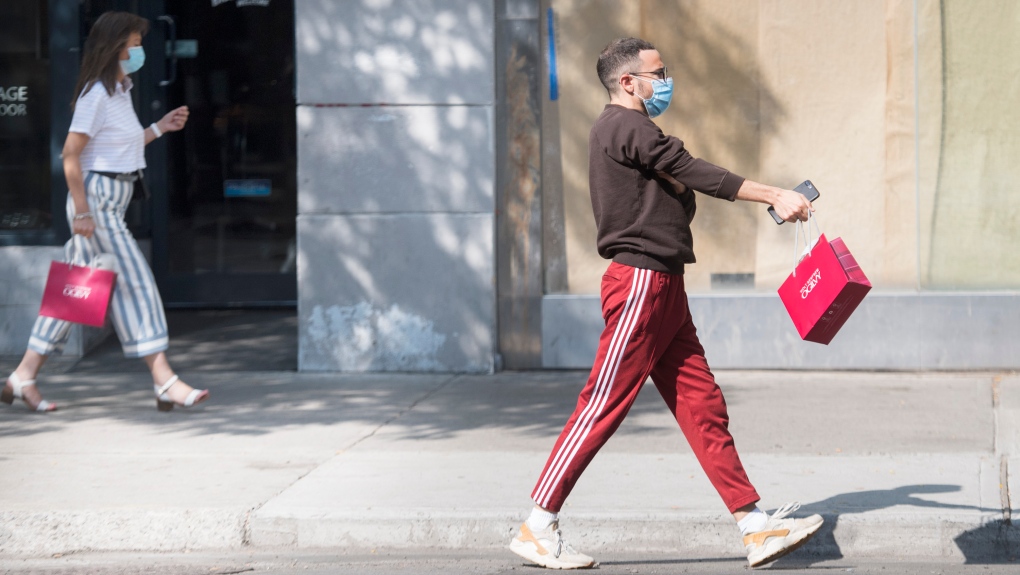 A man walks by a closed down store on Sainte-Catherine Street in Montreal, Saturday, September 26, 2020, as the COVID-19 pandemic continues in Canada and around the world. THE CANADIAN PRESS/Graham Hughes

MONTREAL -- Days after Montreal's mayor went on a popular talk show to warn of impending doom for the city's downtown core, a bailout of over $250 million has been announced.

Plante said the money will help balance the city's upcoming budget, which is due to be presented in November. She had previously estimated the city's deficit to be up to $169 million.

In a statement, Plante noted the city has lost a significant amount of revenue during the pandemic, notably from a lack of permit sales and from taxes on real estate sales.

Plante said the money has not yet been totally allocated but will be spent in several areas such as helping businesses, public security and aiding the homeless population, which the city has estimated doubled in size during the COVID-19 pandemic.

“This is why today we appreciate not only the amount of money but also the flexibility,” said Plante. “We can use it for 2020 and 2021. We know COVID is going to be here for a while.”

The city will also receive over $30 million dedicated to updating Montreal's water infrastructure, most notably in Montreal West and NDG.

When asked about any safety measures that could be put in place to allow children to celebrate Halloween, Plante deferred the question, saying the city and province's public health departments would be making announcements. But Laforest said a decision from the provincial government would be coming in a matter of days, saying there will be ways for children to celebrate safely, such as in school.