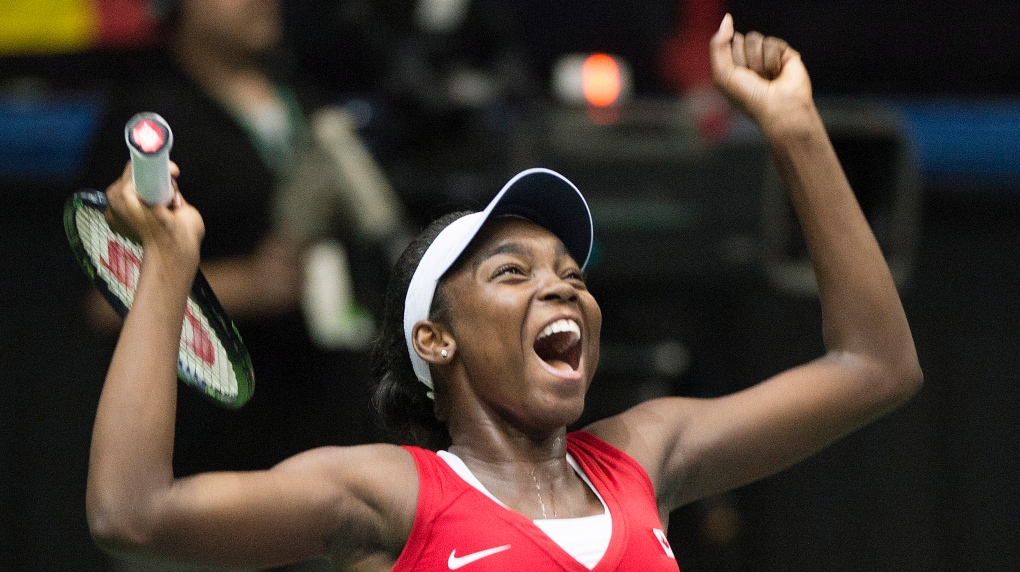 Montreal’s Francoise Abanda pulled off a major upset Saturday, beating world-33rd ranked Irina-Camelia Begu of Romania in the battle for a spot in the Fed Cup World Group.

Abanda, ranked 260 in the world, prevailed 4-6, 7-5, 6-4 in a two hour and 30 minute marathon. Begu, who appeared to have a leg injury, had 59 unforced errors, compared to 53 for Abanda. Begu won 48 percent of her first-serve points, against 63 percent of first-service points won for Abanda, who had five double faults.

Eugenie Bouchard, ranked seventh in the world, was later bounced in straight sets 6-4, 6-4, by underdog Alexandra Dulgheru, as many supporters of the young Romanian made their voices heard against the hometown Bouchard.

A victory would allow the Canadian women to keep their place in the eight best tennis countries.

Romania is playing without their top player, world No. 3 Simona Halep.