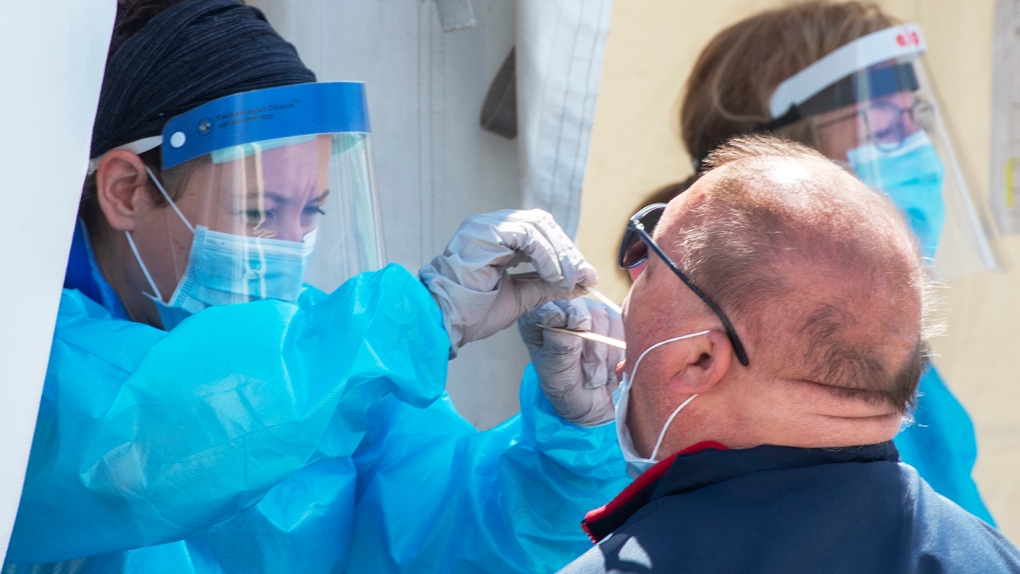 A man gets tested at a COVID-19 testing clinic Thursday May 14, 2020 in Montreal.THE CANADIAN PRESS/Ryan Remiorz

The day before, Montreal reported nearly the same number of cases at 108, and eight deaths. The city has seen a steady decrease of new cases over the last weeks; one month ago, on May 2, public health officials recorded 522 new cases.

The good news though, is that most of those boroughs are seeing a decrease in new cases. Last week new cases dropped in Montreal North by 26 per cent, Mercier–Hochelaga-Maisonneuve by 29 per cent, Côte-des-Neiges–Notre-Dame-de-Grâce by 30 per cent and Rivière-des-Prairies–Pointe-aux-Trembles by 34 per cent. Ahuntsic–Cartierville increased only slightly at 4 per cent. Island-wide new cases dropped last week by 13 per cent.

Unsurprisingly, the virus has affected the city’s elderly population the most, with 26 per cent of cases in people 80 years and older. In total, 6,645 people over the age of 80 have tested positive for COVID-19 on the island of Montreal. Of them, 2,165 have died.

There are currently outbreaks at 145 long-term care homes in Montreal.

If you are showing symptoms of COVID-19, you can get a test at a designated local clinic with (call 514 644-4545) or without an appointment or visit one of the mobile testing units.