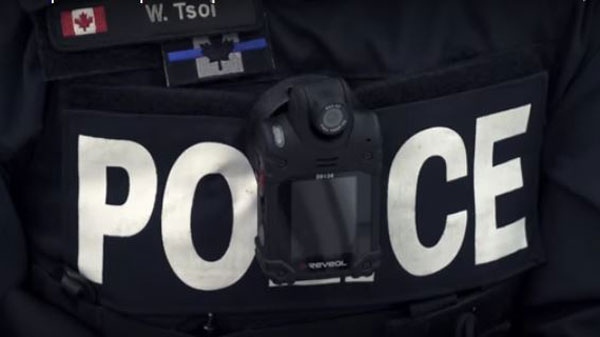 Example of a body camera used by police in Montreal, already in use across Canada and the US.

As police forces across Canada weigh the merits of equipping officers with body cameras, the country's second largest city has ruled them out as costly and ineffective.

Alex Norris, chairman of Montreal's public security committee, says outfitting the city's 3,000 front line police officers with cameras is not worth the investment.

Montreal last week became the latest city in North America to decide against making the cameras standard police equipment. What has been described as a tool to increase transparency in the police force and improve relations between officers and citizens is "not ready for prime time" Norris said.

Officers didn't have the reflex to turn on the camera in an emergency situation or when they needed to use force, Norris said. In moments of tension or during a physical altercation, the cameras often captured no images or just fragments. Norris doesn't blame the officers.

"If someone pulls a weapon what are you going to do," he asked. "Will you switch on your camera and then respond? It's tricky. It's a tough one."

Cities across Canada, including Toronto and Vancouver, are experimenting with the technology. In December 2016, the RCMP decided against equipping its officers with the cameras. Halifax, like Montreal, has ruled them out as too costly.

The Montreal police force's 235-page report on its pilot project came down against body cameras. "The project experience did not demonstrate unequivocally that portable cameras favour the transparency of interventions police officer, consolidate the bond of trust between the police officer and the citizen and ensure the safety of the police," it concluded.

The report estimated it would take roughly five years and $17.4 million to equip about 3,000 front-line officers with body cameras. It would cost an additional $24 million a year to maintain the camera program, equal to 4 per cent of the force's current annual operating budget.

Norris said the cost of storing the footage and ensuring video evidence is transferred and edited in accordance with legal principles was another reason the city decided against going ahead with the project.

Elsewhere in Canada, Calgary, Victoria and smaller towns such as Amherstburg, Ont., and Kentville, N.S., have decided in favour of cameras for their police officers. Calgary stated in July 2018 it was committed to arming all its front-line officers with body cameras by the end of 2019.

Many police departments in the United States began testing body cameras following the 2014 police slaying of Michael Brown in Ferguson, Missouri. The officer who shot Brown was cleared of wrongdoing. The incident sparked protests in the U.S. and helped the Black Lives Matter movement gain international attention.

Since then, however, police departments across the United States have had mixed results with the technology. The Washington Post reported in January that about half of the 18,000 law enforcement agencies in the U.S. "have some type of body-camera program, with many still in the pilot stage." The newspaper reported that many smaller forces are having a difficult time paying to maintain the equipment and store the footage.

A research study on the use of body cameras within the Washington, D.C. Metropolitan Police Department found the cameras had "no detectable effect" on the use of force by officers or the volume of civilian complaints. The 18-month study published in 2017 analyzed data from 2,000 police officers who wore the devices.

Dan Philip, president of the Black Coalition of Quebec, said he thinks body cameras on police are necessary to protect the rights of citizens. Cameras, he said, would help in cases of racial profiling: "It would give victims the evidence that is necessary in order to bring the matter to court."

His organization is trying to get a $4-million class action authorized against the city's police force on behalf of people of colour allegedly profiled by Montreal officers.

"When there are no body cameras, the injustices continue," Philip added. "And there is no recourse, because it will be the word of the police against the word of the victim -- and we know which one will carry."

Norris acknowledged that relations between the police and minority communities need to be improved, but he said cameras are not the answer -- at least not yet.

"In many big cities politicians are under pressure to come up with an answer when there is dissatisfaction expressed regarding relations between police and citizens," he said. "And this technology is seen as a quick fix that will solve the problem. What we discovered is that it's not a quick fix. It's very expensive. It's very cumbersome."