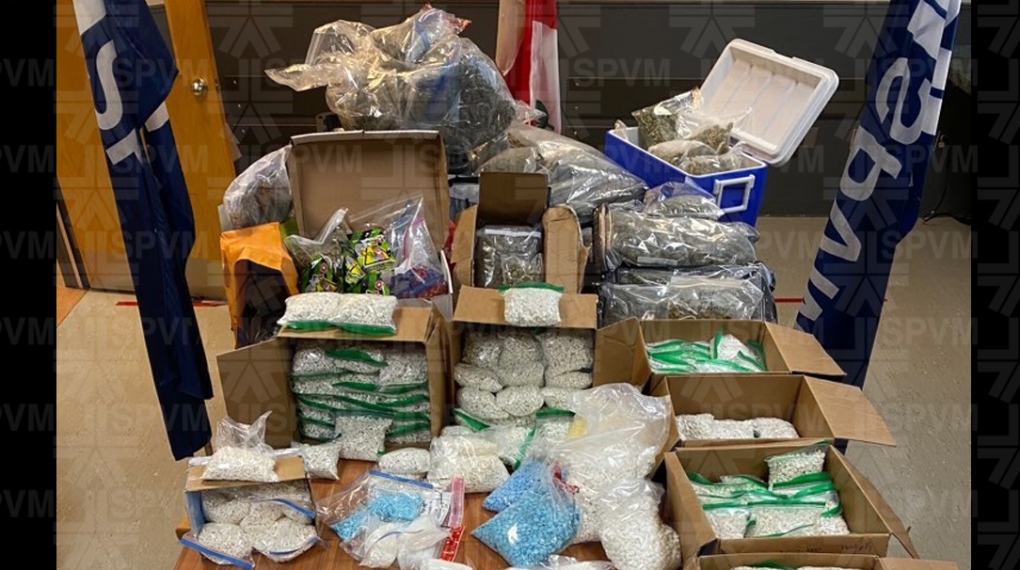 MONTREAL -- Montreal police say they have seized more than $2.4 million of drugs as well as four guns during an operation in the West Island last week.

Officers with the organized crime section carried out five searches on Sept. 21 in homes in Baie-D'Urfé, Beaconsfield, Dollard-des-Ormeaux and Kirkland, as well as in the neighbouring municipality of Île-Perrot.

Police say the accused appeared in court in Montreal and face several charges relating to drug possession and drug trafficking.

They say Wilkinson was known to police because of his alleged ties to drug trafficker Charles Laberge, who was sentenced to five years in prison after the dismantling of a drug trafficking ring in the West Island last June. In that operation, police seized more than $2.5 million of drugs.

Police thanked the public for their cooperation in the investigation and invited anyone with information about drug trafficking on the island to call 911 or file an anonymous report by calling 514-393-1133.