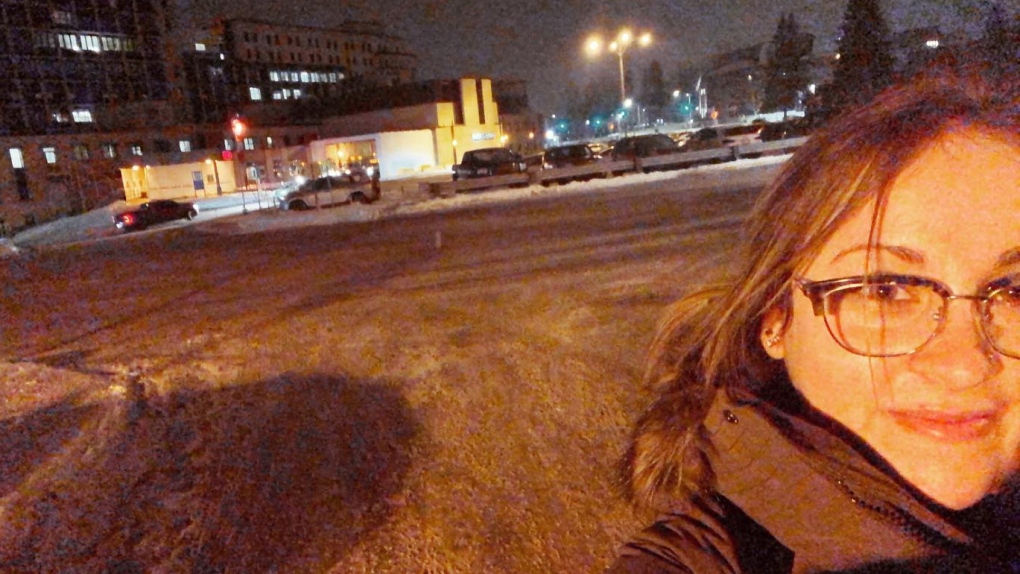 MONTREAL -- When the call went out for nurses at the McGill University Health Centre (MUHC) to provide critical support in the Chicoutimi and Jonquiere regions, as hospitals became overwhelmed in the COVID-19 second wave, Montreal Children's Hospital nurse Taylor Greenstein raised her hand and went.

By Dec. 7, the nurse had been asked to cancel her vacation three times and decided to leave her unit, hospital and city and drive six hours and take up a post at the Chicoutimi Hospital for two weeks.

The experience is one that highlights the different regional experiences with the novel coronavirus and the ability of health-care workers to adapt to situations quickly.

"They had a big influx of COVID just hit the Lac-Saint-Jean region involving a lot of the staff members," said Greenstein. "Basically the second wave was their first wave because the first wave they didn't get touched."

Staff in the Saguenay learned quickly what a mass influx of infections meant (as those in Montreal and other regions had in the first wave) as they worked double-shifts for consecutive days pushing them to the brink of exhaustion.

"A lot of them were ready to just walk off the unit and quit the profession in general because the conditions," said Greenstein. "It was really sad actually."

As soon as Greenstein and the team from Montreal stepped into the hospital on St. Vallier St., they knew they were welcome.

"They knew right away that I was not from there," she said with a laugh. "A few of them actually started crying and thanking us profusely because the conditions for them were finally being brought to light."

The COVID-19-experienced staff from Montreal were able to share their expertise and relieve some of the stress those in thepsychologically feeling.

"We were able to give answers, we were able to do different things that we wouldn't have done in the first wave," said Greenstein.

Though in the same province, Greenstein admitted the culture shock was real being an English-speaking Montrealer, who had never been to Chicoutimi before.

"I knew absolutely no one, I didn't know where anything was," she said. "It was very psycholocially difficult, and just seeing the differences there, and being put in a hospital where you don't know anyone, don't know how they work."

THE CALL WAS COMING AT ANY TIME

As a health-care worker at the Children's, Greenstein knew she could be displaced at any time from her unit. Many of her colleagues had already been placed in long-term care residences, COVID-19 wards at other hospitals or another area in need within the health-care system.

Greenstein lives with her parents and brother, suffers from asthma (as does her mother and brother), and wanted to avoid risking their safety.

"I knew I was going to get displaced any day, and when I was offered Chicoutimi, I was able to say, 'No. I'm not working in COVID,' whereas if I'd have said no to Chicoutimi, I would have had a big chance of being told really, 'Okay well if you're not going there, then you're going to have to go help at this hospital at this unit for this long and it's a COVID unit," said Greenstein. "For me, it was more a factor of safety for my family."

She was isolated in her hotel room for the entire trip and seeing how the health-care staff and population in Chicoutimi was suffering at the time was "heartbreaking" for Greenstein.

She wanted to share that being a professional does not mean health-care workers are not afraid of the virus.

"We nurses are being pulled to workplaces where we are uncomfortable. We are scared too, but we are not the ones suffering," she said. "Our patients are because they are not getting the best care that they deserve because too many staff members are either falling sick or trying to lend a hand somewhere else that 'needs it more' putting your comfort zone in jeopardy as well because they just lost another body to a floor that is deemed “more important."

All floors are important, Greenstein added, and that she and other health-care staff chose the unit and specialty because it's where they want to be.

Disregarding health measures and not taking the novel coronavirus seriously puts a strain on the system and causes far more discomfort than the feeling of wearing a mask, she said.