MONTREAL -- Advocates are sounding the alarm over racist graffiti discovered on a campaign sign for a parliamentary candidate just outside Montreal.

An image of the sign, with the racial slur scrawled in graffiti across it, was first posted online by the Canadian Muslim Forum Wednesday. The Forum condemned the graffiti “with the strongest terms.”

The sign showed candidate Sameer Zuberi, running for the Liberals in Pierrefonds-Dollard, on the West Island.

Zuberi called it an “ugly reminder” of racism in Quebec and, nationally speaking, just the latest example of an increase in hate directed towards him and other candidates.

“This anonymous yet public display of racism is unacceptable, appalling and cowardly,” he wrote on social media. 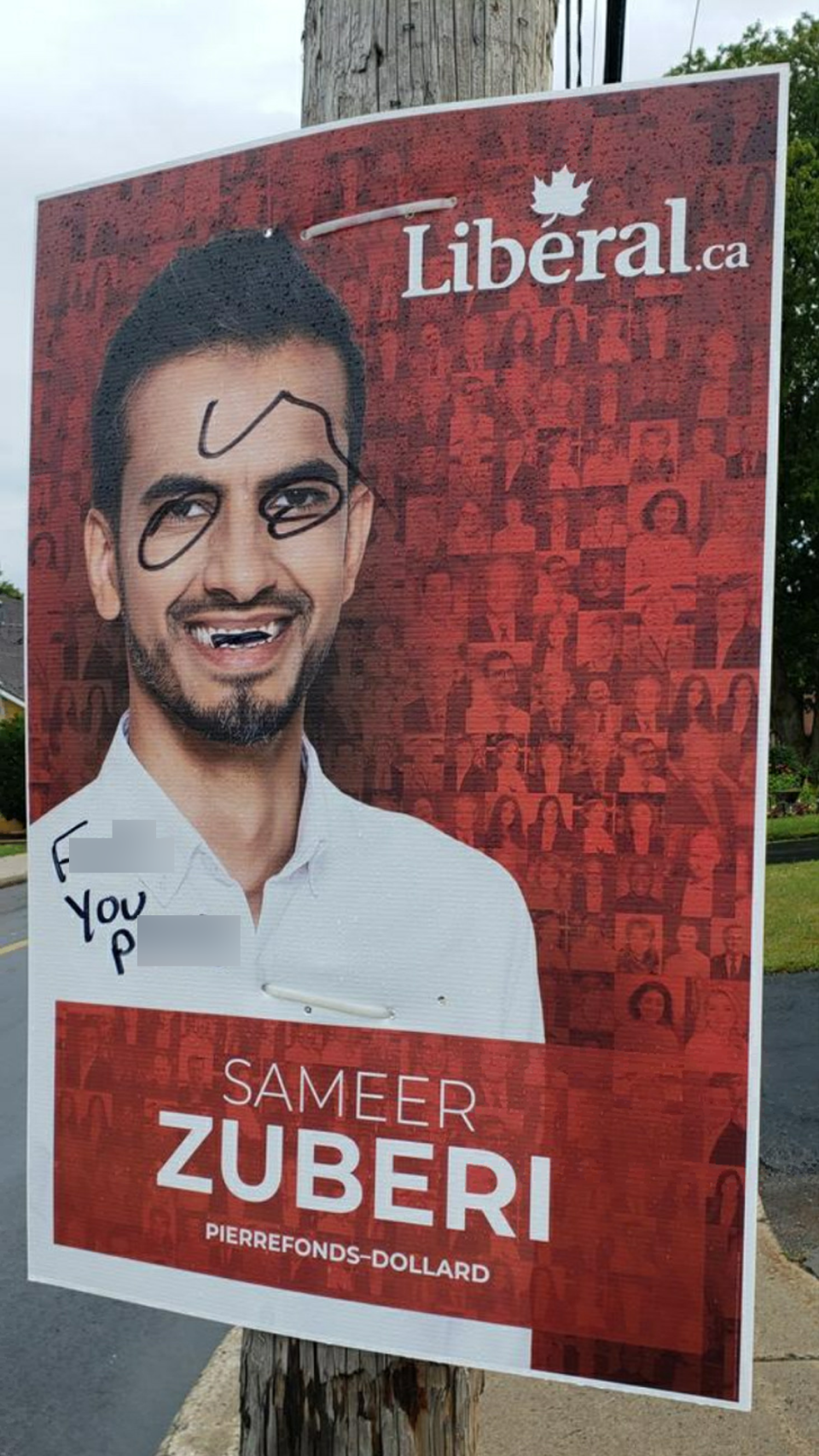 “However, acts of hate will not impede my campaign,” wrote Zuberi. “Instead, this serves as an ugly reminder of the work we must continue doing and reaffirms my commitment to tackling racism in all its forms.”

Zuberi told CTV in an interview that that particular sign is just off the intersection of Gouin W. and Des Sources boulevards, near a mosque and a high school -- a location "where Indians and Pakistanis congregate," he added.

But that the sign is just one of several defaced posters targeting him and other candidates, Zuberi added.

He says other slurs have been written on his signs, as well as death threats. Hateful acts like these are more common this year, he said, calling the increase "unprecedented."

He attributed the growing, troubling pattern in this election to wider societal factors: existing stigma exacerbated by pandemic stress.

"We are a society that is a multicultural society. It's a beautiful thing," he said. "But there are moments of friction, and this is manifesting itself on posters."

First elected in October 2019, Zuberi is the incumbent candidate for the riding.