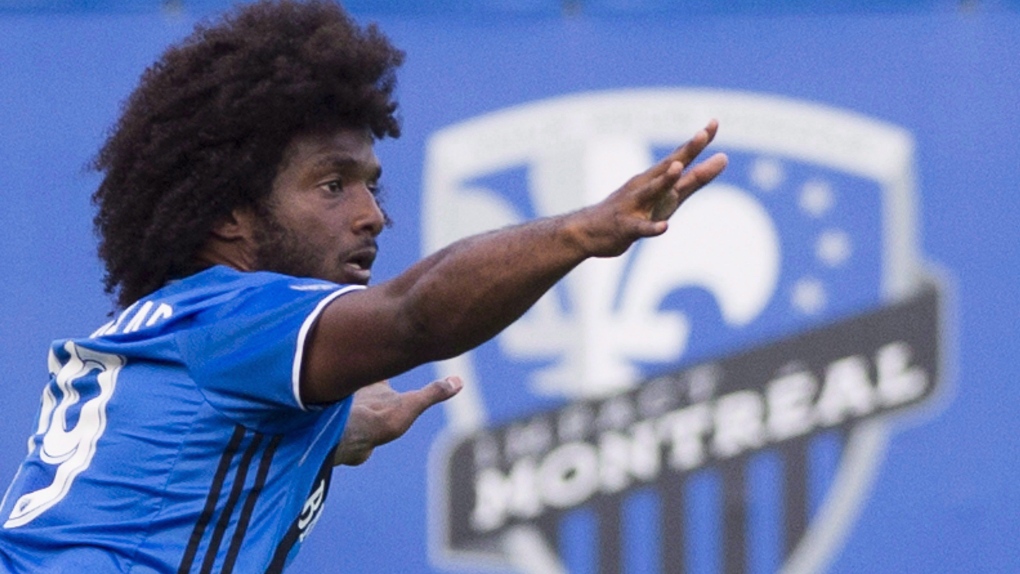 Montreal Impact's Michael Salazar celebrates after scoring against the New England Revolution during second half MLS soccer action in Montreal on July 2, 2016. (THE CANADIAN PRESS/Graham Hughes)

The Montreal Impact loaned striker Michael Salazar and defender Thomas Meilleur-Giguere to Ottawa Fury FC on Wednesday for the 2018 season.

Ottawa is the Impact's affiliated club in the United Soccer League. The players can return to the Impact at any time.

Salazar, 25, had five goals and three assists in 34 regular-season games, including 15 starts, with the Impact in 2016 and 2017. He also scored twice in four starts last season with Ottawa.

Salazar was selected in the second round by the Impact, 24th overall, at the 2016 MLS SuperDraft.

Meilleur-Giguere, 20, played with Fury FC in 2017, appearing in four regular-season games. He signed a contract with the Impact as an MLS Homegrown Player in November.

Meilleur-Giguere joined the Impact Academy in 2013 and played with the Impact U16 and U18, before spending one season with FC Montreal in the USL in 2016.