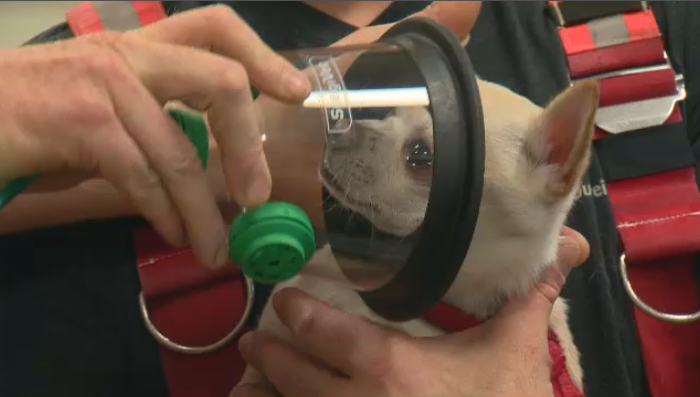 Thanks to newly stocked animal survival kits, firefighters can now recusitate animals in the event of a fire. (CTV Montreal)

Montreal firefighters are adding a new clientele to their roster: domestic pets.

Thanks to newly stocked animal survival kits, firefighters can now recusitate animals in the event of a fire, or other crisis situations, such as flooding.

The kits were donated by the union, and contain special oxygen masks that fit on animals of all sizes, in the event that they're in respiratory distress.

The program was inspired in part by the FDNY-- New York City's fire patrol-- who put similar kits into use after 9/11.

In the United States, an estimated half a million family pets die from smoke inhalation alone, according to the Fetch Foundation, an American-based nonprofit.

Similar kits will be distributed to fire trucks throughout the island of Montreal next week.