It was a fiery end to the 2021-22 season for the Montreal Canadiens which beat the Florida Panthers 10-2 Friday night at the Bell Centre.

The Panthers, winners of the Presidents' Trophy as the best team in the NHL during the regular season, had given several team stars time off. Jordan Harris, Mike Hoffman and Cole Caufield scored on their first three shots on goal.

Forwards Jonathan Huberdeau, Aleksander Barkov and Claude Giroux were notably left out. Also, forward Anton Lundell and defenseman Gustav Forsling were left off the ice even though they were in uniform.

Among other backup players, Jonas Johansson, third in the hierarchy of Panther goalkeepers, was sent to the slaughterhouse.

Caufield used the night to score the first hat trick of his career. 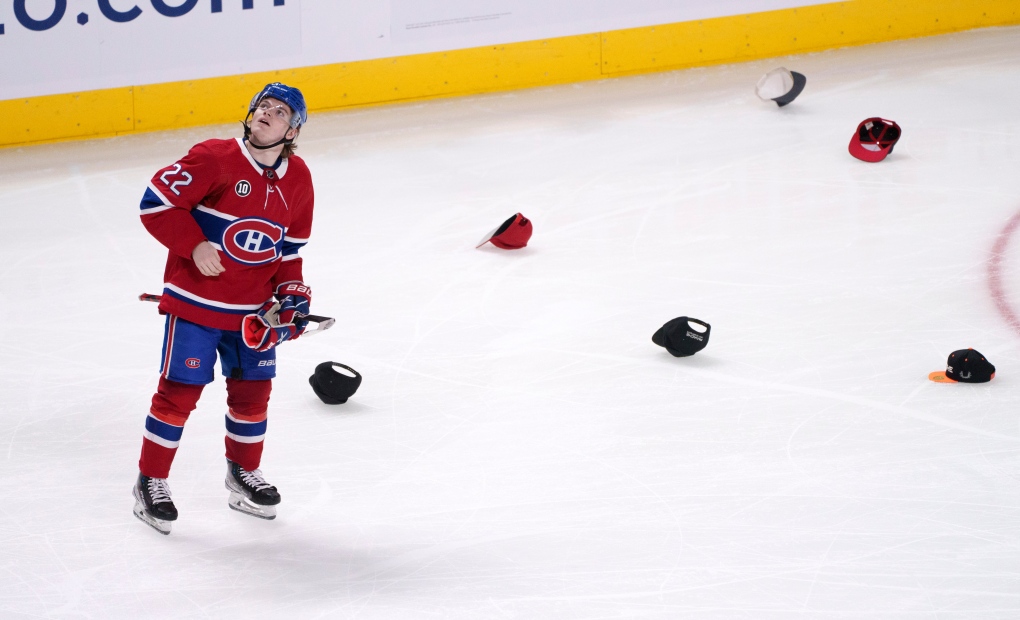 Montreal Canadiens' Cole Caufield looks up at the replay of his third goal against the Florida Panthers for the hat trick during third period NHL hockey action in Montreal on Friday, April 29, 2022. THE CANADIAN PRESS/Paul Chiasson

Brendan Gallagher, Christian Dvorak, Jake Evans and Mathieu Perreault each had a goal and an assist, while Tyler Pitlick also scored for the Canadiens (22-49-11), which capped off its worst campaign since 1939- 40.

Carey Price was back in goal two days after meeting the doctor in New York who operated on his knee this summer. He stopped 37 shots.

Harris kicked things off with his first NHL goal 1:57 into the game. Hoffman pulled away at 4:18, and Caufield scored his first goal of the night just 12 seconds later.

Gallagher returned to the charge at 12:23, on the power play, following a cross pass from Perreault.

The Canadian's lead could have been even bigger after 20 minutes, but Alexander Romanov reached the post, then Evans ran into Johansson moments later.

Chiarot gave the Panthers a glimmer of hope by closing the lead to 4-1 with 1:37 left in the first period, but Caufield got the ball rolling for the Habs again after 1:33 in the second period. 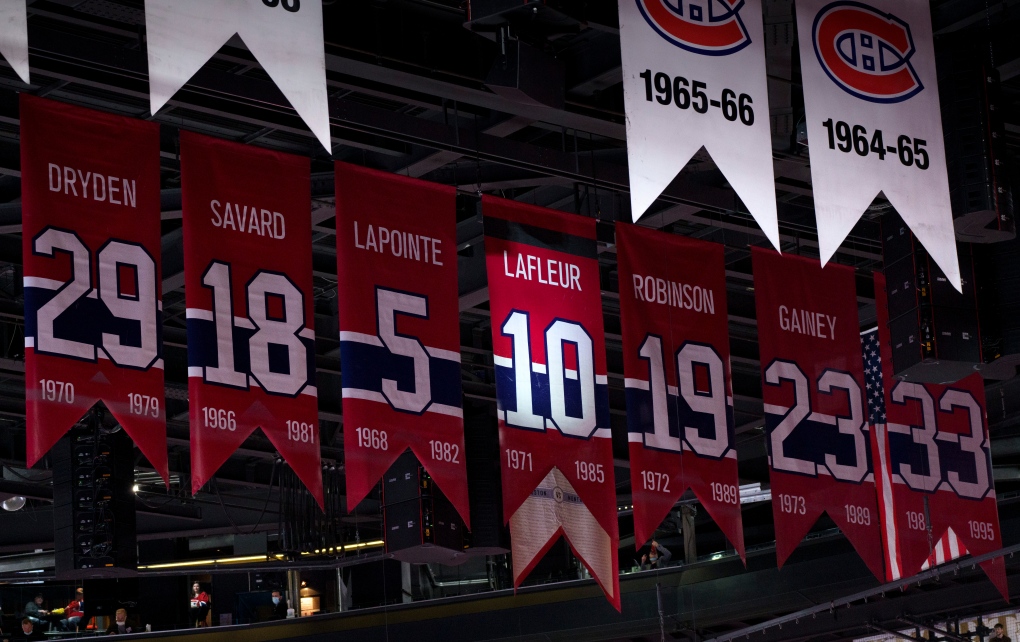 A spotlight highlights the retired number of Guy Lafleur as the Montreal Canadiens face the Florida Panthers during second period NHL hockey action in Montreal on Friday, April 29, 2022. Funeral services for the former Montreal Canadiens player who died of cancer will be held Tuesday. THE CANADIAN PRESS/Paul Chiasson

Perreault then scored from the face-off circle at 3:55. Evans and Dvorak also scored before the end of the second.

Caufield completed his hat trick at 8:12 of the third period, then Pitlick scored his first goal of the season 1:39 later.

With the big number 10 on the board, spectators began to celebrate by chanting 'Guy! Guy! Guy!' in honor of Guy Lafleur, who passed away on April 22. 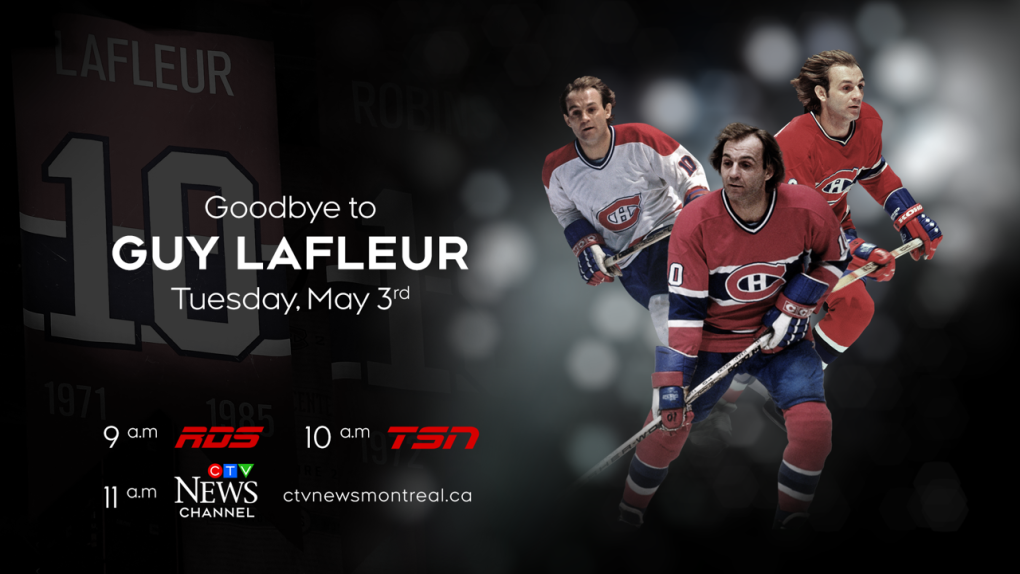 The homage to Guy Lafleur will take place Tuesday, May 3.

-- This report by The Canadian Press was first published in French on April 29, 2022.