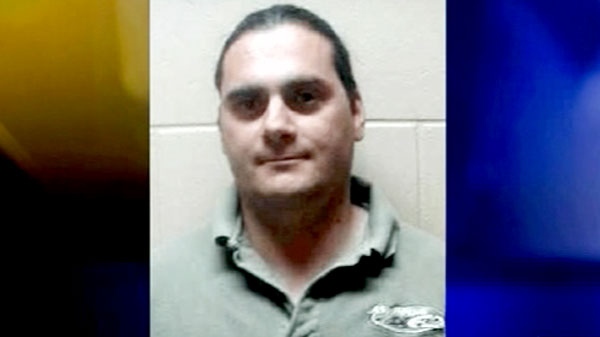 Giuseppe De Vito is seen in this undated photo.

The coroner's office is confirming that a convicted mobster died through cyanide poisoning. Medical officials just are not sure if he did it to himself or if he was killed.

Giuseppe De Vito was found unconscious in his cell in July 2013 and died later in hospital.

Police are still investigating how De Vito acquired the cyanide, or if it was administered to him by someone else.

The 46-year-old man had been on the lam from 2006 until he was arrested in 2010, at which point he stood trial and was convicted for conspiracy and cocaine trafficking. He was serving a 15-year sentence.

While De Vito was hiding from police his wife, Adele Sorella, killed their two children.

She was convicted in June 2013 of two counts of first-degree murder. She is currently seeking leave to appeal her conviction.