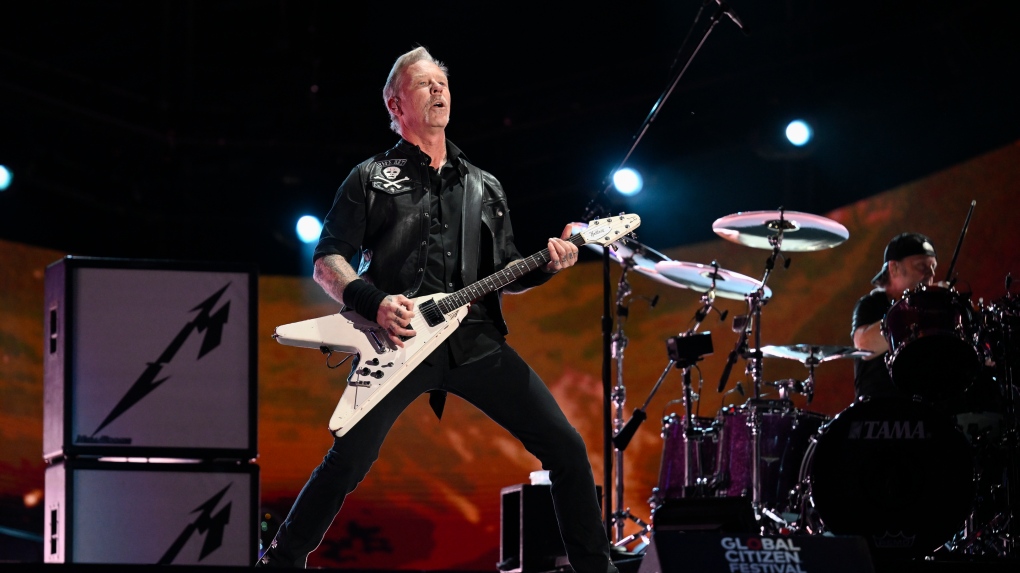 James Hetfield of Metallica performs during the Global Citizen Festival on Saturday, Sept. 24, 2022, at Central Park in New York. (Photo by Evan Agostini/Invision/AP)

Legendary metal band Metallica will be making a stop in Montreal this summer with two big shows.

The band will put on two shows in each city "in the round" – meaning the stage will be set up in the centre of the floor – with completely different set lists each night and no repeats. Each night will feature different opening bands, too. Pantera and Mammoth WVH will get things started on Aug. 11, while Five Finger Death Punch and Ice Nine Kills will open on Aug. 13.

The world tour is in support of Metallica’s 12th album, called 72 seasons, set to come out in April. The band released a first single from the 12-song album on Monday, called Lux Æterna.

Tickets for the Montreal shows go on sale this Friday.