Melting Arctic sea ice may be behind endless winter: scientists 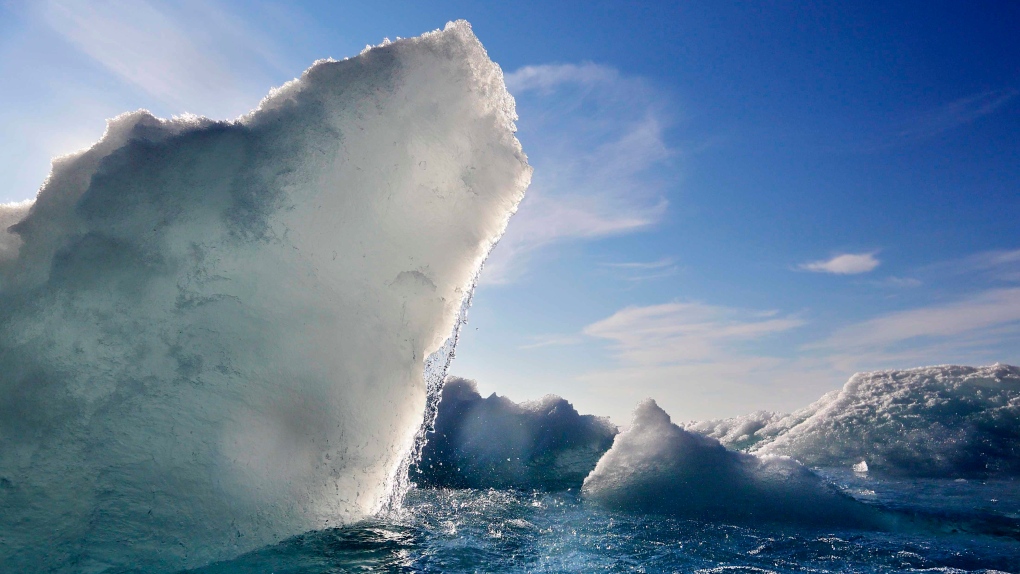 In this July 21, 2017, file photo, broken sea ice emerges from under the hull of the Finnish icebreaker MSV Nordica as it sails through the Victoria Strait while traversing the Arctic's Northwest Passage. (AP Photo / David Goldman, File)

Scientists are suspecting that not enough winter in the Arctic has led to too much of it across the rest of Canada.

From Toronto, where ice storms cancelled baseball games, to Calgary where residents this week faced yet another heavy snowfall warning, April 2018 has come to feel like endless winter.

Some climatologists say this is the future -- long stretches of freakishly unseasonable weather that flip to something else on a dime.

"It was looking like it was going to be the warmest December on record in Western Canada," said David Phillips, Environment Canada's chief climatologist.

In Ontario, Ottawa's warmest day so far this year was on Jan. 12 when the temperature hit double digits. That hasn't happened since.

"They had their spring in February," Phillips said.

Why? Icy Arctic air is normally held back by a strong, high-altitude, west-to-east river of air called the jet stream.

The jet stream is powered by the temperature difference between the Arctic and mid-latitudes. But the Arctic is warming faster than anywhere on Earth, especially this year, when temperatures at the North Pole were up to 30 degrees above normal.

That weakens the jet stream. And that, said Rutgers University climatologist Jennifer Francis, is the problem.

"When the jet weakens, it tends to take these bigger north and south swings," she said.

"When it takes one of these big southern swings, it allows all that Arctic cold air to plunge much farther south than it normally would and it tends to stick around there longer."

It's not quite that simple. There are multi-year temperature cycles in the Atlantic and Pacific oceans that have their own impact. The Gulf Stream, which used to reliably move warm water around the Atlantic, is weakening. And this was a La Nina year, when lower sea and air temperatures in the Pacific brought more cold and snow to much of North America.

"There is likely some connection, especially early in the winter," said Faron Anslow, a climatologist at the University of Victoria.

"It's being studied, and single events or even sequences of events can't be tied to that cause yet."

Phillips, who called this winter unique in his 50 years of experience, believes there's something to the link.

"There's so many different factors at play. But I think it comes down to that very simple reason why the jet stream is wobbly rather than straight -- the gradient of temperatures between the north and south is less.

"That is the major climate control to the position of the jet stream. And when it weakens, it wobbles."

Evidence for a sea-ice link is building and at least 15 recent papers have found a connection, Francis said.

"I don't think you'd find a scientist who'd say there's nothing going on. The events that we've seen in the last few years are very consistent with what we'd expect."

Arctic sea ice isn't recovering. So if the effect on southern weather is real, look for more of the same, said Phillips.

"It's the preview of what we're going to see. The circulation has changed. It's almost a fundamental change in our weather."