MELS new major movie studio to be built in Montreal 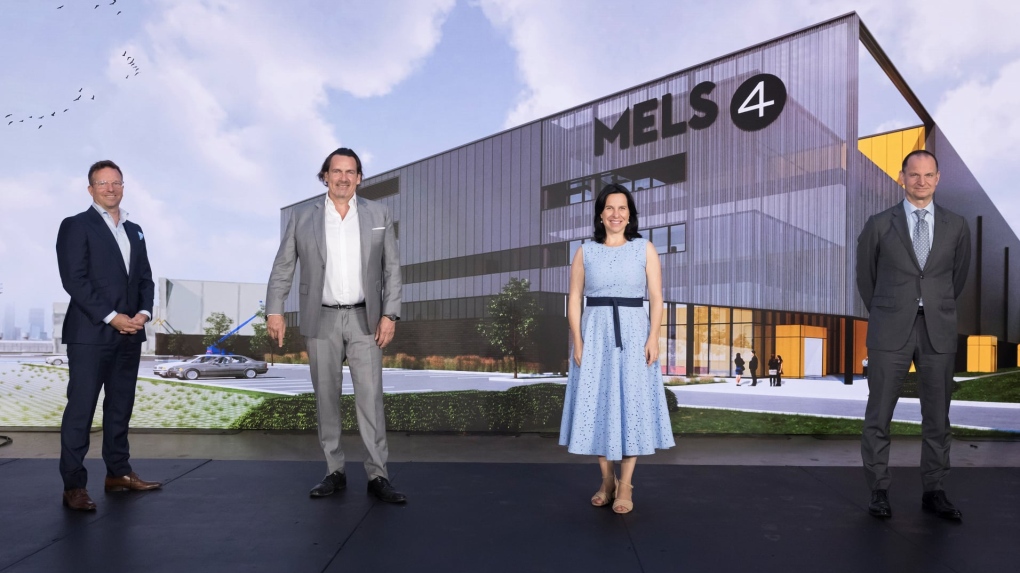 MELS 4 will be a new major movie studio to fill the gap needed to produce feature films in the city. SOURCE: MELS/Facebook

MONTREAL -- MELS Studios will build a new film studio in Montreal, filling some of the gap in supply to meet the demand of Hollywood productions.

MELS president Martin Carrier said on Friday that MELS 4 studio construction will begin "as soon as possible", either in the fall or winter of next year. The studio could host productions as early as spring 2023.

The total investment for the project is $76 million, with the Quebec government contributing a $25 million loan. The project will create 110 jobs, according to the company.

The TVA Group subsidiary's project will enable it to stand out "even more" internationally, according to Quebecor president and CEO Pierre Karl Péladeau. In the past, MELS Studios has hosted several major productions, including chapters of the X-Men franchise. The next Transformers movie is shooting this summer in Montreal.

Péladeau insisted that local cultural productions would also benefit from the new facility, adding that the studio ensures foreign revenues and to showcase talent and maintain an industry of Quebec producers.

The film industry is cramped in Montreal.

According to a report published last May by the Bureau du cinéma et de la télévision du Québec (BCTQ), there is a shortage of nearly 400,000 square feet of studio space.

With the addition of MELS 4, which will be 160,000 square feet, the company is filling part of the gap.

Carrier admitted that he has had to turn down contracts because of the lack of space, representing missed opportunities of "tens of millions of dollars, not only for MELS, but also for the Quebec economy."

"Montreal's expertise is in high demand," said Montreal Mayor Valérie Plante, who was present at the announcement.

She said she received great testimonials from "Netflix, Disney, HBO and company" during an economic mission to Los Angeles in 2019.

"What stands out is that they love Montreal because of its expertise, knowledge and beauty. We need more space, like MELS 4," she said.

There is still not enough capacity in Quebec, acknowledged Minister of Finance, the Economy and Innovation Eric Girard.

"It is certain that the government is concerned about fairness and balance, so if other requests come in, we will study them with the same seriousness as we have studied this one," he said.

Grandé Studios is the second-largest player in the industry. Last May, the company said it had expansion plans that should begin in 2022. Investissement Québec and Bell are minority shareholders in the company.

For its part, MELS will have 400,000 square feet of production space once MELS 4 is completed. The company employs 450 people in Quebec and offers a range of services including studio and equipment rentals, image and sound postproduction, visual effects and a virtual production platform.

-- this report by The Canadian Press was first published in French on July 16, 2021.