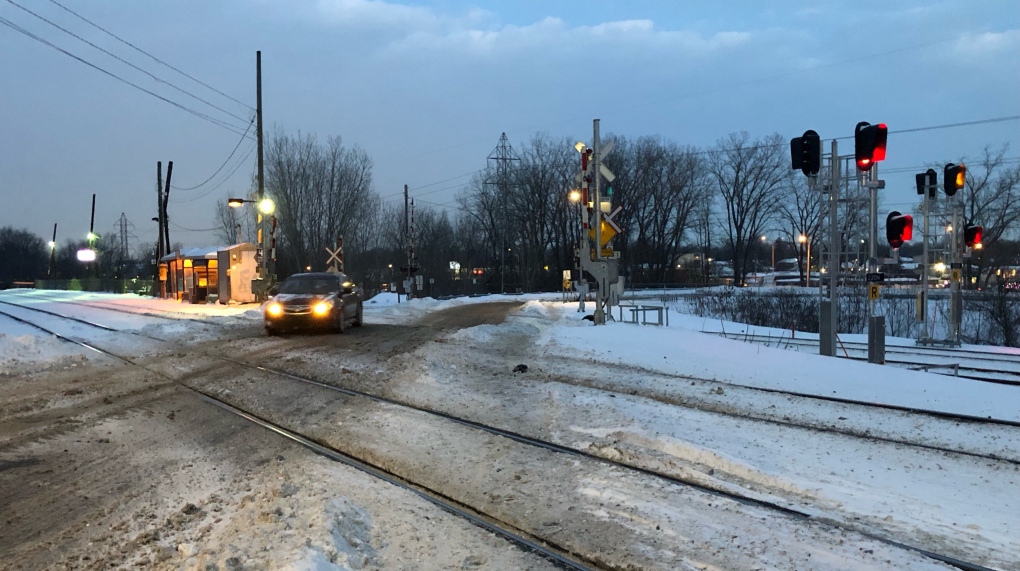 The site of a collision between a Via train and a vehicle on Perrot Blvd. North in Ile-Perrot on Wednesday, Jan. 19, 2022. (CTV News)

A 41-year-old man is seriously injured but expected to survive after the pickup truck he was driving was struck by a train just west of Montreal Wednesday afternoon.

Provincial police say the driver realized he had advanced too far over the level crossing and attempted to back the vehicle up, but became stuck on the tracks between the barriers.

The Via Rail train crashed into the back of his truck.

He was taken to a Montreal hospital for treatment.

Train service resumed at 2:15 p.m. The Transport Safety Board is conducting an investigation.

An earlier headline for this story stated that the victim of the crash was 42, not 41. CTV regrets the error.