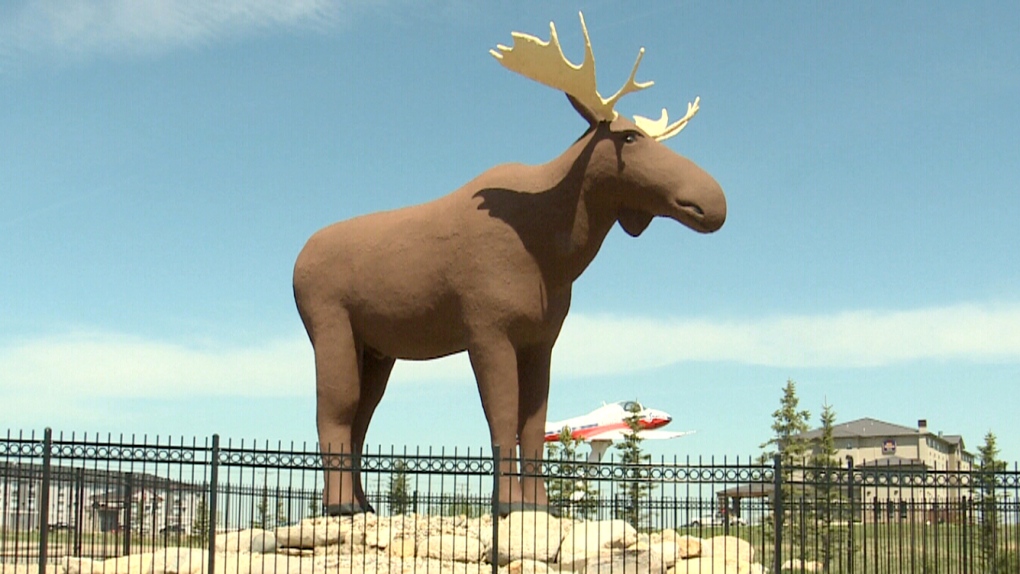 Mac the Moose is seen in Moose Jaw, Sask.

MONTREAL -- Mac the Moose can rest easy -- a Quebec town that expects to build its own massive moose statue says it doesn't want to beat the record for the world's tallest held by Moose Jaw, Saskatchewan's favourite son.

Nicolas Martel, the mayor of Desbiens, Que., tells The Canadian Press he wants Mac to be friends with his yet-to-be built Quebec counterpart, which will provide some insurance against anyone who might try to challenge Canada for the record.

Moose Jaw is fresh from knocking off Stor-Elvdal, a Norwegian town that tried to challenge it for world's tallest moose, by installing a new set of antlers on Mac to retake top spot earlier this month.

The Saskatchewan city had discovered in January that Mac was about 30 centimetres short against its shiny, silver Norwegian counterpart.

Martel, the colourful mayor of the town of 1,000 in Quebec's Lac-St-Jean region, initially wanted to get into the friendly feud and build a moose to surpass both towns.

But he says that out of respect to Moose Jaw, they'll keep theirs on level with Mac, leaving him with the record.

Martel says the Quebec moose -- the centrepiece to a children's amusement park expected to begin construction next year -- will also be able to expand its size, ensuring it can take on anyone trying to steal the mantle from Canada.

This report by The Canadian Press was first published Oct. 19, 2019.