Legault uses global stats to assure Quebecers of COVID-19 progress -- but are they accurate? 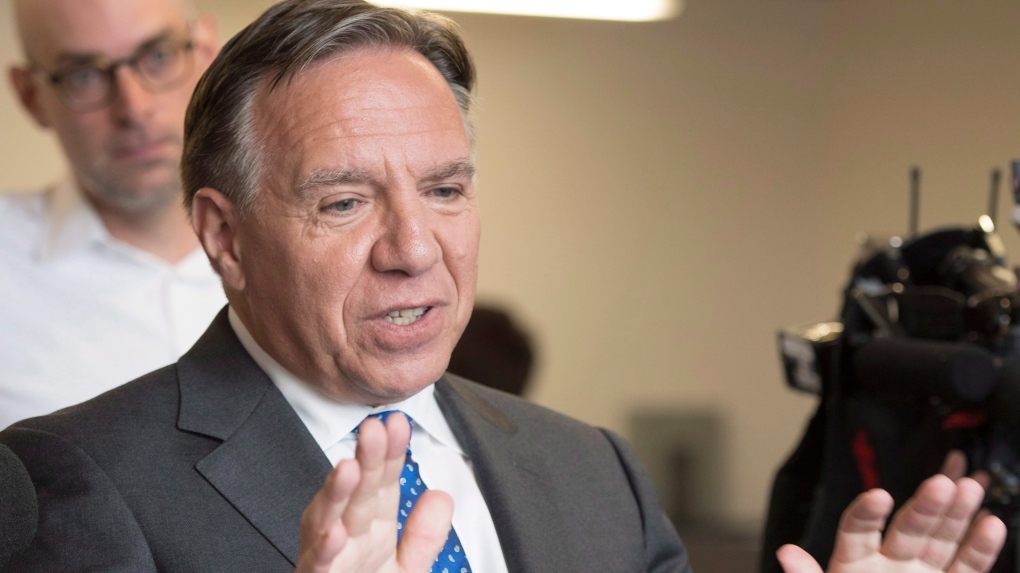 “We do have to encourage ourselves,” Legault said in his daily briefing. “We have succeeded a lot better up until now, in the second wave, than elsewhere in the world.”

Quebec, he said, has recorded an average of 61 deaths per million inhabitants over the course of the second wave.

“Generally speaking, there’s one country doing better than we are, which is Germany,” Legault said. “They are very disciplined.”

He also used the numbers to urge Quebecers living in the most problematic regions right now—the area around Alma, at Lac-Saint-Jean, and around Joliette, in the Lanaudiere—to buckle down.

“I want to ask to the citizens of those two regions… to pay special attention to reducing your contacts,” Legault said.

Quebec as a whole would have achieved a downward slope in its cases recently if it weren’t for the sharp uptick in cases in these two regions, he said.

“If we hadn’t had these increases… we would have seen an overall decrease in the average number of cases,” he said.

But the data used by Legault, Health Minister Christian Dube and Director of Public Health Dr. Horacio Arruda is a reminder that statistics are never straightforward.

For one thing, while Quebec is doing much better than most European countries by any measure right now, that’s not true for many parts of the U.S.— eight states have lower rates of new cases than Quebec, including some of the most populous.

Quebec’s daily number of new cases, averaged over the last seven days, is 117 cases per million inhabitants as of today. That’s higher than California, New York, Louisiana and five other states.

One province is doing worse at the moment: Manitoba, which recorded a very high rate, by Canadian standards, of 200 average new daily cases per million people.

Another question comes from the idea of calculating numbers only “within the second wave”—though the parameters of that are unclear.

On Tuesday, for the purposes of comparing Quebec’s death rate with Europe, Legault said he was counting Sept. 1 as the beginning of Quebec’s second wave. That means all of September was included in the average he provided: 61 deaths per million.

Quebec authorities have been using Sept. 1 as the official start date of the second wave for statistical purposes, not just in terms of comparing with other countries but also in comparing how the province is doing at this point in the second wave—about 60 days in—to the same point in the first wave.

However, it’s never been clear why they picked that date. Dr. Arruda only said on Sept. 21 that Quebec was “at the start of a second wave.”

Whatever date serves as the official marker, it will affect the statistics Quebecers hear over the next few weeks and months. The provincial health department hasn’t yet responded to a request for comment to explain why authorities decided to go with Sept. 1.

Dr. Matthew Oughton, based at McGill, said it’s hard to know when you’ve hit the peak of disease spread while you're living through it—it can be easier to determine in retrospect.

“Complicating this is that there is no real agreed-upon definition of what a ‘wave’ is,” he wrote in an email.

In Montreal, for example, the single day with the lowest number of new cases was August 24, Oughton said. He said Sept. 1 isn’t “necessarily a ‘bad’ choice” for a start date, especially considering there’s no consistent definition of what constitutes a wave.

“He could have chosen that date, or a date a week or two earlier or later, and any of those dates would be equally arbitrary and equally correct or incorrect,” he said.

In Tuesday’s press briefing, Legault and the other authorities praised Montreal and Quebec City, with Legault saying Montreal had “stabilized” in the past couple of weeks while Quebec City “has improved quite a bit.”

Last week, Legault and Arruda also flirted with some controversial statistics when they spoke about a study on cremations in Ontario and asked whether Ontario was under-counting its COVID-19 deaths, unlike Quebec. A Toronto epidemiologist dismissed that quick conclusion.