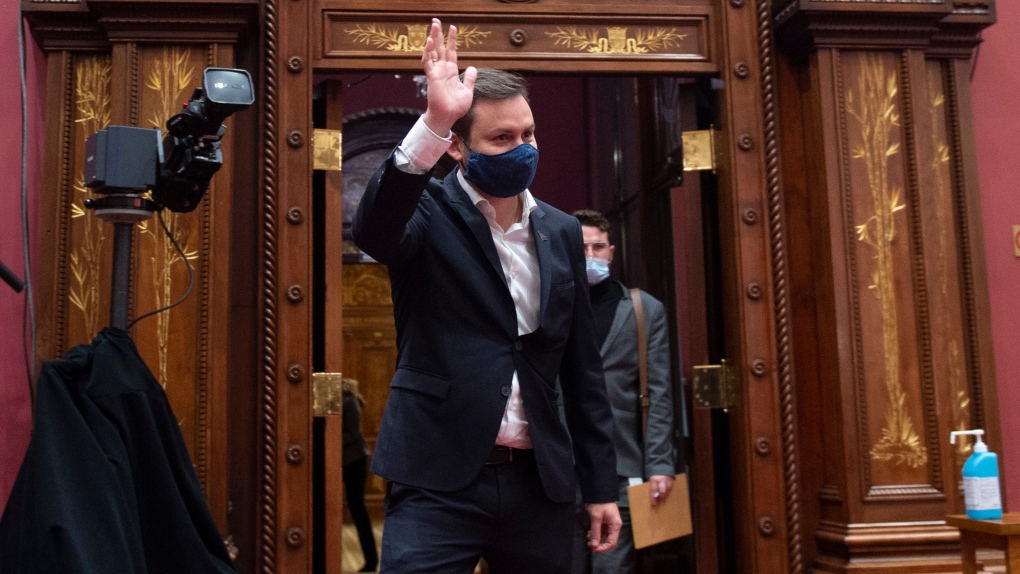 MONTREAL -- The Quebec government's recently unveiled economic and financial update would not have earned the endorsement of a parliamentary budget officer, if such a position existed, according to the leader of an opposition party.

Parti Quebecois leader Paul St-Pierre Plamondon used the update's announcement on Thursday to push for the creation of such an independent governmental body. There have been pushes for the province to have a parliamentary budget officer, would operate as a public finance watchdog, responsible for analyzing budget documents and ruling on their validity.

On Sunday, St-Pierre Plamondon said Finance Minister Eric Girard would not have tabled the update in its current form had he known it would be deciphered and criticized by such an officer.

“It would shed light on the shortcomings of the update, between what is said and reality,” he said. “The Coalition Avenir Quebec already has transparency problems. This document is indicative of this significant lack of transparency.”

The update included projections over the next three years, rather than the usual five. It predicted a total of $30 billion in accumulated deficit over those three years, including $15 billion this years, $8 billion next year and $7 billion the year after that, but a return to a balanced budget in five years.

No explanation for how the budget would be balanced was given.

“They promise a return to balanced budgets but we don't know what the plan is,” said St-Pierre Plamondon. “In year three of the current plan, there is still a $7 billion deficit, but there will only be two years left to balance the budget. This raises questions of trust. If there is an asset going from $7 billion to zero, it needs to be explained in the update.”

The PQ leader also questioned the Legault government's expectations from Ottawa, saying the update shows the province is counting on an increase to the federal health transfer. While Girard hopes to get $6 billion more per year, negotiations have yet to start.

“What fact is this based on? Is this a hypothesis? Wishful thinking, or information which rigorously allows this hypothesis to be included?” said St-Pierre Plamondon.

He added that the CAQ had not yet voted on a motion in the National Assembly introduced a year ago which called for the establishment of a parliamentary budget officer.

“The need is more pressing than ever,” he said. “It's a breach of commitment and it has a significant impact right now.”

Parliamentary budget officers exist in around 30 countries around the world, including the Canadian government.