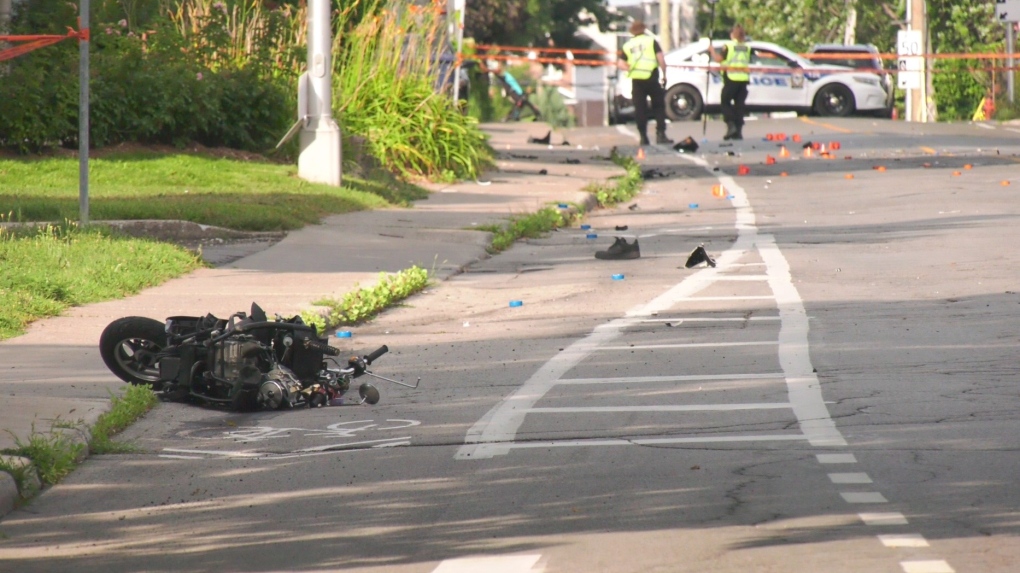 A 15-year-old was struck by a car in a police chase in Laval (photo: Billy Shields / CTV News Montreal)

A 15-year-old boy was seriously injured early Friday morning in Laval when the moped he was riding was struck by a vehicle driven by an alleged hit-and-run driver fleeing from police.

Quebec's independent bureau of investigations (BEI) states that at 12:10 a.m., Laval police (SPL) officers attempted to intercept a vehicle in the Chomedey district.

The driver refused to stop, and a police pursuit ensued.

He was reportedly speeding on the eastbound Saint-Martin Boulevard West when he collided with the teenager at the intersection of du Couvent Street.

The victim was transported to hospital, and officials say they fear for his life.

The 18-year-old driver was arrested at the scene.

Six BEI investigators have been assigned to examine the circumstances of the incident, with support from the Sûreté du Québec (SQ).