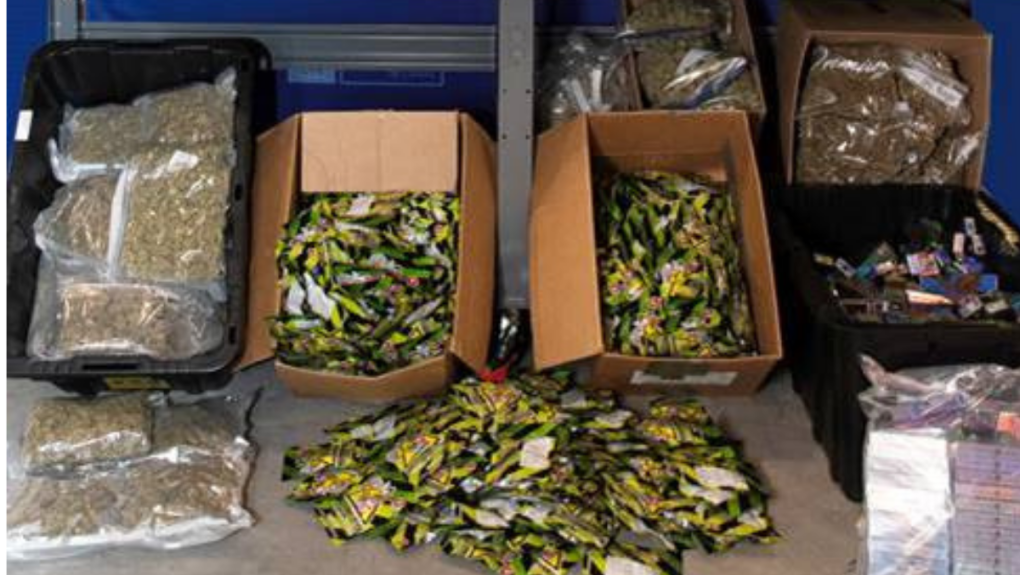 Weed gummy worms were seized in Laval along with multiple bags of loose cannabis. SOURCE: SPL

"The vast majority of the seizures involved bags of candy in the form of jujubes containing THC," the SPL said in a news release Friday.

The SPL release says investigators working in conjunction with the province's CENTAUR strategy were tipped off in August about cannabis and cannabis products being distributed between Laval and the Kanien'kehá:ka (Mohawk) community of Kanesatake.

In November, police set up Project Cohesion aimed at cannabis trafficking in Laval and Montreal.

The SPL arrested the suspects on March 25 and searched four vehicles, two residences in Laval's Chomedey neighbourhood and one in Laval West.

"These searches resulted in the seizure of a large quantity of narcotics, related products, as well as a firearm and several proceeds of crime," the SPL said.

The "Nuclear Worms" gummies' packaging is problematic, as is the amount of THC in the products, say police.

The SPL said one of the seized candies contained 1,000 mg. of TCH, and cannabis law prohibits more than 10 mg of THC per candy. 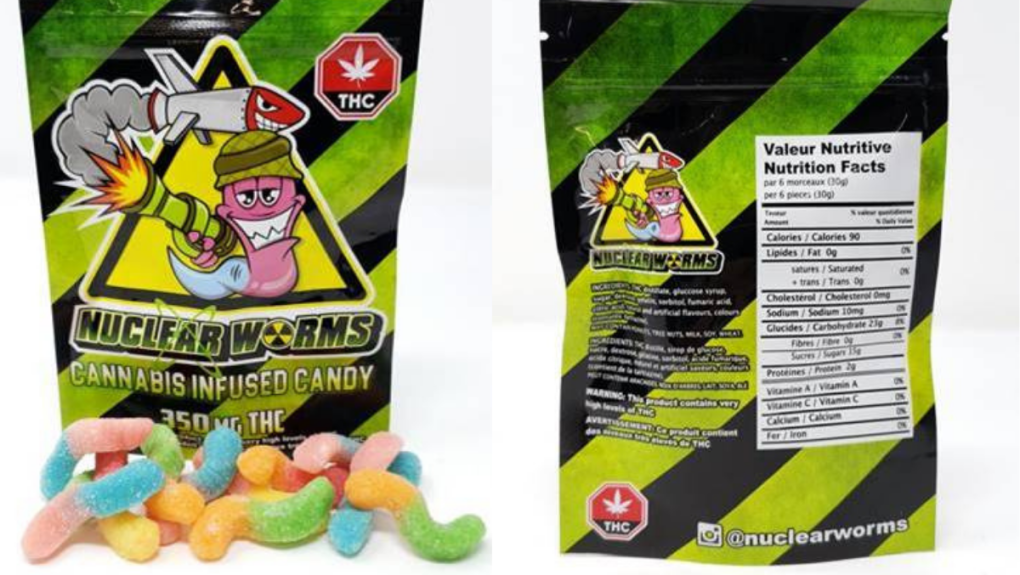 Canadian cannabis law prohibits packaging attractive to young people as well as gummy products that have more than 10 mg. of THC. The products recently seized by Laval police (SPL) seem to fall outside both laws. SOURCE: SPL
The cannabis law on packaging prohibits a label "if there are reasonable grounds to believe that a package or label could be appealing to young persons."

"These seemingly harmless jujubes can cause severe intoxication if ingested by children," the SPL said. "It is difficult to tell with the naked eye if it is a simple candy or if it contains THC. The LPS recommends that parents buy candy from reputable stores and check the source and condition of the packaging."

Leaders of the world's wealthiest democracies struck a united stance to support Ukraine for 'as long as it takes' as Russia's invasion grinds on, and said they would explore far-reaching steps to cap Kremlin income from oil sales that are financing the war.