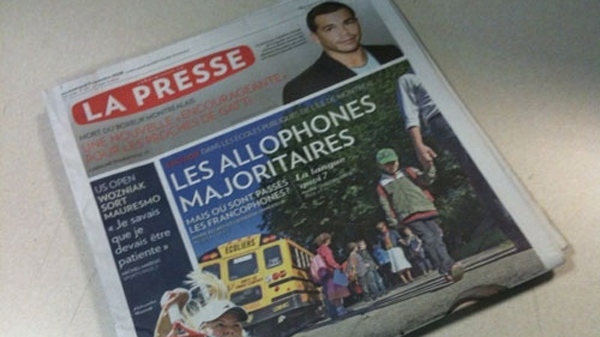 In the wake of announcing the newspaper would soon be ending its paper editions, La Presse is eliminating the jobs of 158 people.

Publisher Guy Crevier made the announcement Thursday morning to an assembly of all staff members of the large French newspaper.

Last week Crevier said the newspaper was making its transition to the digital era complete and as of Jan. 1, 2016, it would only create a physical edition of its newspaper on Saturdays.

The rest of the week La Presse will be published solely online, on its website and its tablet edition, known as La Presse+.

102 full-time jobs are being cut, including include unionized and non-unionized employees, as well as managers. 56 freelance and contract positions are also being eliminated.

Forty-three jobs being cut come from the editorial staff of the newsroom.

La Presse will have 633 full-time employees once the cuts are enacted -- about the same as it had before it began working on La Presse+ in 2011.