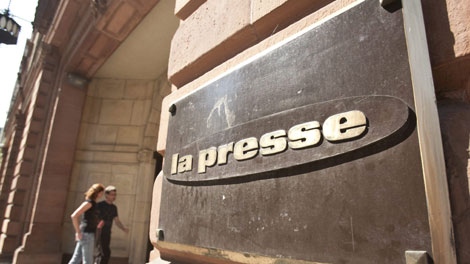 Power Corp. has sold all of the French-language regional newspapers in Quebec operated by its Gesca subsidiary to a new media company headed by former federal Liberal cabinet minister Martin Cauchon.

The amount of the transaction announced Wednesday wasn't disclosed.

However, the insurance and investment conglomerate will continue to operate its flagship Montreal La Presse.

"It is a privilege to contribute to the quality of information, to the recognition of the independence of newsrooms and to give regions a strong voice to be heard," he stated.

The former politician wouldn't say if the deal will lead to job cuts.

Claude Gagnon, who has headed the regional newspapers for Gesca since 2009, becomes president and general manager along with remaining president and editor of Le Soleil. Managers at each daily will also remain unchanged.

Gesca president Guy Crevier said the sale of the regional papers will allow the company to concentrate on developing and commercializing La Presse+, a digital version of the newspaper available on iPads and other tablets at no charge.

At Power's annual meeting more than a year ago, co-CEOs Andre and Paul Desmarais said Gesca had to redefine itself or risk disappearing.

They also discussed the possibility of Power Corp. retaining La Presse and selling the regional newspapers.