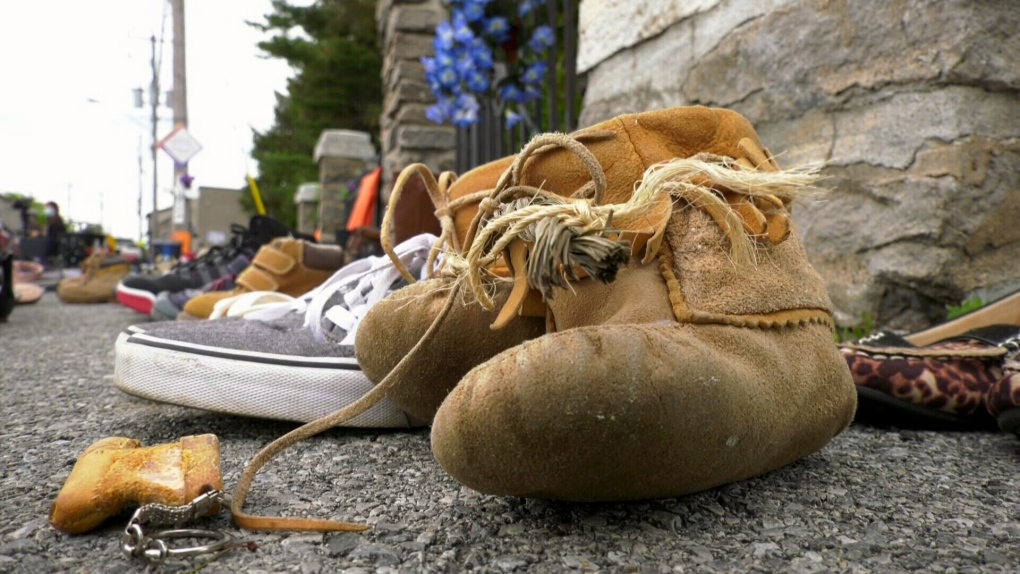 MONTREAL -- Jessica Oesterreich put the call out on Facebook:

"Can we get 215 pairs of children's shoes to leave in front of the Catholic church in Kahnawake?"

Oesterreich is from the Kanien'kehá:ka (Mohawk) community of Kahnawake on Montreal's South Shore and wanted to remind the Francis Xavier Catholic Church of its part in the history of Canada's residential school program that resulted in the deaths of many children including those unearthed in interior British Columbia this week.

"I was just putting down two pairs because that's all I had around the house, and when I got there, there were already five pairs there," said Oesterreich.

In a half-hour, there were dozens of pairs.

As of Sunday, there were well over 215 pairs.

The shoes were placed to honour the over 200 children found buried at the site of a former residential school in Kamloops, BC.

Tk'emlups te Secwepemc First Nation Chief Rosanne Casimir said the remains of the 215 children include some as young as three years old.

The same number of children's shoes are currently on the steps of the Vancouver Art Gallery. 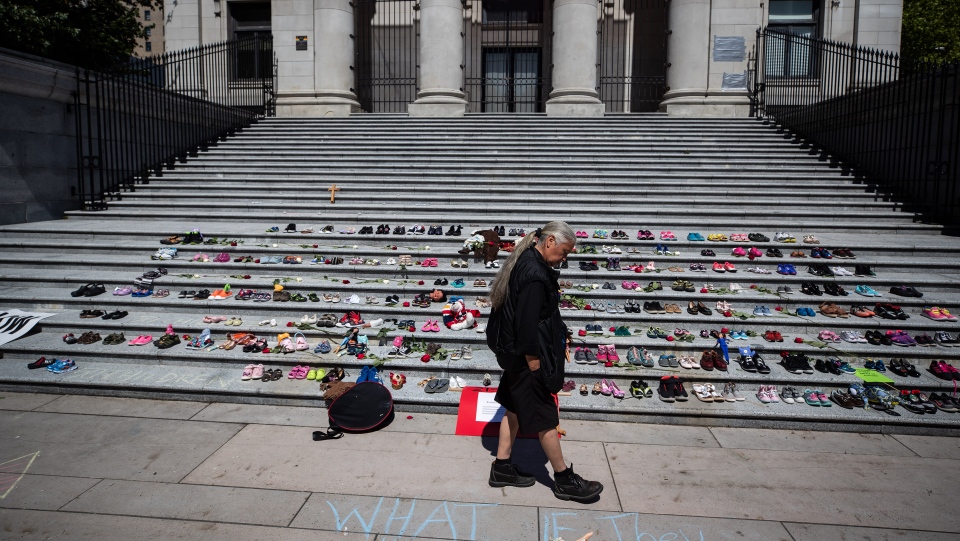 Two hundred and fifteen pairs of children's shoes are placed on the steps of the Vancouver Art Gallery as a memorial to the 215 children whose remains have been found buried at the site of a former residential school in Kamloops, in Vancouver, on Friday, May 28, 2021. Chief Rosanne Casimir of the Tk’emlups te Secwépemc First Nation said in a news release Thursday that the remains were confirmed last weekend with the help of a ground-penetrating radar specialist. THE CANADIAN PRESS/Darryl Dyck

Though over 4,000 kilometres from the Tk'emlups te Secwepemc community, Oesterreich felt the local church should be reminded also of its history.

"We have a Catholic Church here, and as far as I'm concerned every Catholic Church is responsible because they're just part of a larger body," she said. "It happened in BC, but it's not like our church isn't part of the problem."