Kahnawake pow-wow returns — here's what you need to know

Kahnawake pow-wow returns — here's what you need to know

This weekend, the Echoes of a Proud Nation Pow-Wow returns to the Kanien'kehá:ka (Mohawk) community of Kahnawake on Montreal's South Shore.

It is the biggest pow-wow in Quebec, first held the year after the 1990 Oka Crisis and every year since until the COVID-19 pandemic, which forced its cancellation for two years.

Admission is cash only and $8 for general admission or $4 for seniors. Children under five get in for free.

There is an ATM in the pow-wow grounds for cash withdrawal.

HOW TO GET THERE

Drive south across the Honore-Mercier Bridge and keep right at the end of the bridge.

Take the first exit on Route-207 North and follow the signs and line of cars to Tekakwitha Island near the Kateri Memorial Hospital.

There is free parking available.

Exo is providing a free shuttle bus from Angrignon Station every hour starting at 8:55 a.m. on Saturday and Sunday.

Return buses start at 9:25 a.m. and taxis are available on site.

Handicapped and Golden Age parking and facilities are available.

Dancing and competitions run from 12 p.m. to 5 p.m. on Sunday followed by a hand drum finale and awards.

A victory dance, flag song, and retiring of flags close the event at 5 p.m. on Sunday. 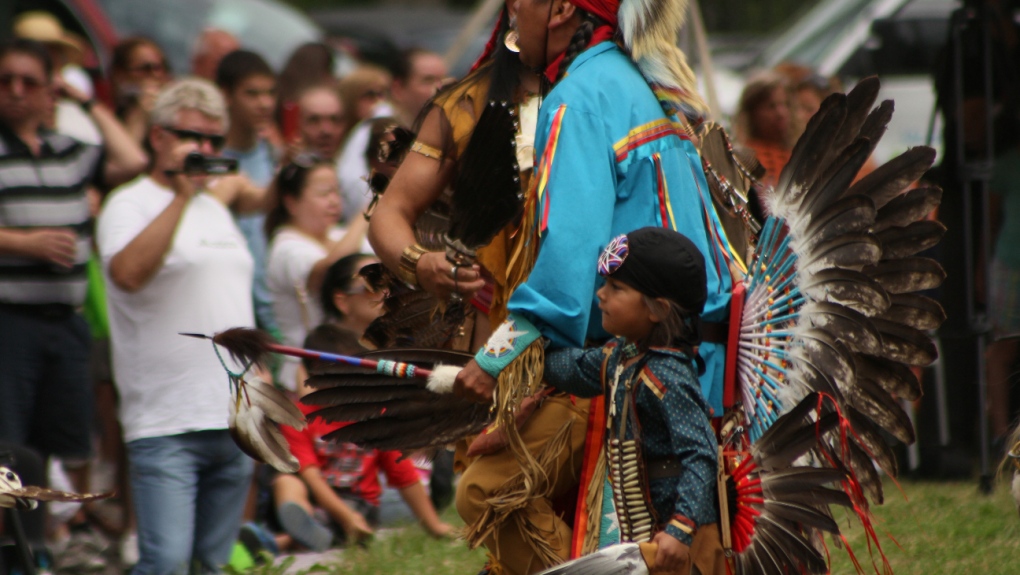 WHAT IS A POW-WOW

Pow-wows are a celebration of dancing, singing, food, crafts and community.

"Originally a Powwow, or 'celebration' as it was called in the old days, was held in the spring to welcome the new beginnings of life," the Echoes of a Proud Nation Pow-wow site reads. "Often, different tribal nations would come together for the occasion. During these general meetings, the Native American Indians would settle arguments between different groups, form alliances, and trade with one another. It was also a time for families to hold naming and honouring ceremonies. The original Pow Wows often were of religious significance and therefore consisted of different religious songs and dances."

In addition to dancing, music and ceremonies, there are craft and food booths throughout the grounds serving and selling Indigenous wares and dishes.

There are no drugs, no alcohol and no pets permitted on the grounds.

Kahnawá:ke (pronounced ɡahnaˈwaːɡe) translates as "by the rapids" and is made up of people from the Kanien'kehá:ka - people of the flint - nation.

The Kanien'kehá:ka is one of six nations (originally five) in the Haudenosaunee (Iroquois) confederacy -- people of the longhouse -- along with the Oneida, Onondaga, Cayuga, Tuscarora, and Seneca. The Kanien'kehá:ka are keepers of the eastern door. 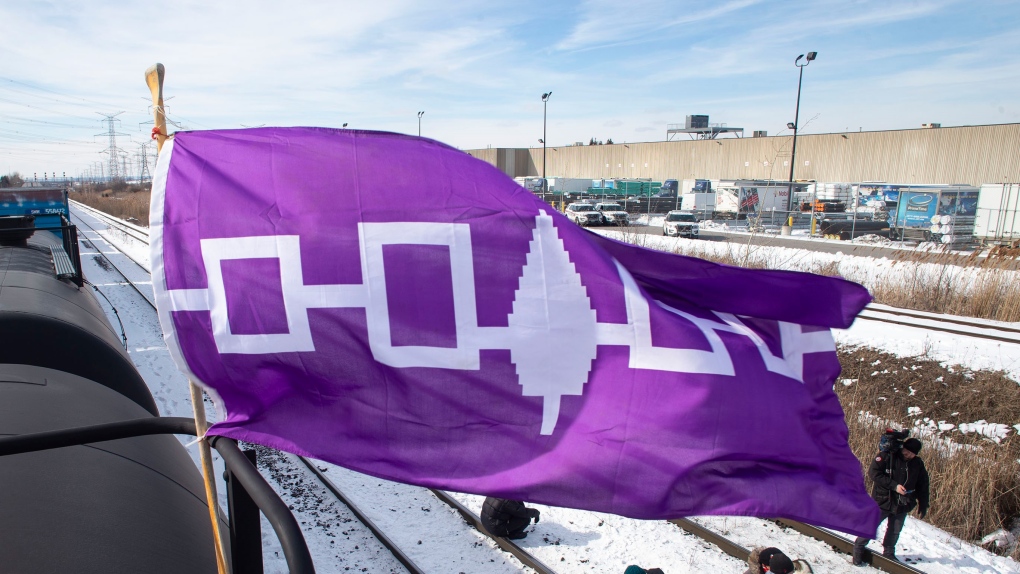 A Haudenosaunee (Iroquois) confederacy flag, representing the five original nations of the confederacy. The Kanien'kehá:ka, Oneida, Onondaga, Cayuga and Seneca. The Tuscarora nation was adopted into the confederacy in 1722. THE CANADIAN PRESS/Chris Young

The longhouse is a traditional style of residence used by the Haudenosaunee and is also where the traditional religious and political ceremonies are held.

The Kanien'kehá:ka speak the Kanien'kéha language and are made up of three clans: bear, wolf, and turtle.

Some words to try out: