Jedwab: It is not heresy to ask questions about the decline of the French language in Quebec 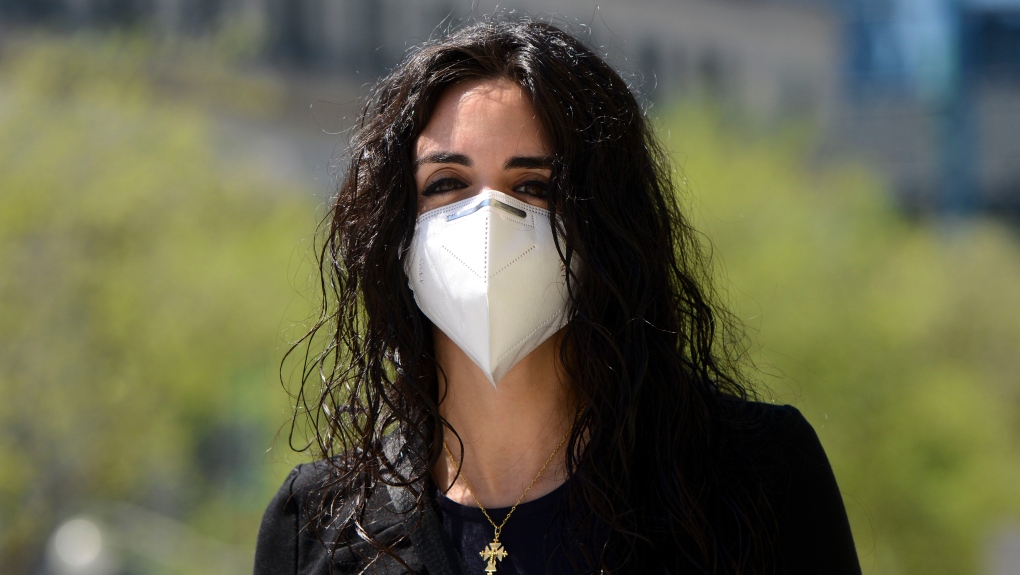 Liberal MP Emmanuella Lambropoulos arrives on Parliament Hill during the COVID-19 pandemic in Ottawa on Wednesday, May 20, 2020. THE CANADIAN PRESS/Sean Kilpatrick

MONTREAL -- This week MP Emmanuella Lambropoulos raised doubts about the decline of the French language in Quebec.

Members of the Bloc Quebecois and some federal Conservatives together scolded Lambropoulos and Conservative MP Alain Rayes called Lambropoulos purported heresy disrespectful towards francophones across Quebec and elsewhere in Canada.

In response to Lambropoulos’ faux pas Federal Official Languages Minister Melanie Joly expressed stupefication, disappointment and sadness that the rookie MP from Saint-Laurent would so much as question the decline of French in Quebec.

Following a backlash on social media Lambropoulos has since walked back her query and publicly confessed to her "insensitivity".

That said, it is not illegitimate to ask about the ways in which the French language is currently in decline in Quebec. And despite what some tabloid pundits and politicians would have us believe the answers are complex.

The most recent controversy over the condition of the French language was ignited by the release of a Leger poll for the Fondation Lionel-Groulx and the Mouvement national des Québécoises et Québécois which revealed that 63 per cent of Quebecers were worried about the situation of French in Quebec. That the majority who were surveyed hold this view does not necessary mean that French is in decline in Quebec.

The same Leger survey reveals that some 36 per cent are not worried about the current situation of French in Quebec which includes 50 per cent of all Quebecers between the ages of 18 and 34 and some 61 per cent of non-francophones, both demographic groups to which Lambropoulus belongs.

Of course, that doesn’t mean that French is not in decline.

The outburst to which the release of the survey gave rise was further stoked by an "investigative" report from Quebecor media around the language used to greet customers in downtown shops.

Using a hidden camera, the reporter visited some 31 boutiques and restaurants and found that approximately half of their employees greeted the reporter in English only. The reporter also found that some employees were unable to speak French.

That’s indeed regrettable but yet again it is not evidence that French is in decline. It merely reflects a long standing reality in a very bilingual downtown part of Montreal with a high concentration of English-speakers.

So what is the reality as regards the condition of the French and English languages in Montreal?

On the good side, never in the history of Quebec have so many non-francophones been able to speak the French language. According to Statistics Canada between 2011 and 2016, the population with English as its mother tongue had 104,240 more bilingual people than in 2011 and there were 90,530 more allophones that were bilingual. There was also a substantial increase in bilingualism amongst Quebec francophones.

The less good news is that while the vast majority of Quebec non-francophones are able to speak French, according to the 2016 census, there nonetheless remain some 372,000 Quebecers that are only able to speak English. Most of them live in areas where there are many other English-speakers and when they go shopping they need services in English. They’re part of an evolving reality in a very diverse city which is also one of North America’s most bilingual cities. Montreal’s bilingualism is something that some pundits and politicians might find threatening and distasteful but that another Leger survey reveals is a recognized fact for most Montrealers.

As regards the situation of French in Quebec’s workplaces, Statistics Canada reports that on a regular basis (94.4 per cent) its use remained fairly stable between 2006 and 2016. There was also an overall increase in the use of French in the workplace in Montreal (from 91.5 per cent in 2006 to 91.8 per cent in 2016).

In the Montreal Region however the "predominant" use of the French language (the extent to which workers use it most often) declined from 72.2 per cent in 2006 to 69.6 per cent in 2016. So too however did the predominant use of the English language in the workplace. The respective declines in both French and English are attributable to an increase in the equal use of both languages by Montreal workers arising from the growth in the number and percentage of employees able to speak both languages.

There is no question that French is a minority language in North America, is vulnerable, and that it requires protection but as regards the evolution of the language in Quebec there have been many positive developments over the years that for political reasons are too frequently overlooked.

The French language is not in the free fall that some pundits and politicians want Quebecers to believe and we needn’t vilify people who want more clarification about the decline of the French language and the evolving condition of the minority English-speaking population.

Jack Jedwab is President of the Association for Canadian Studies