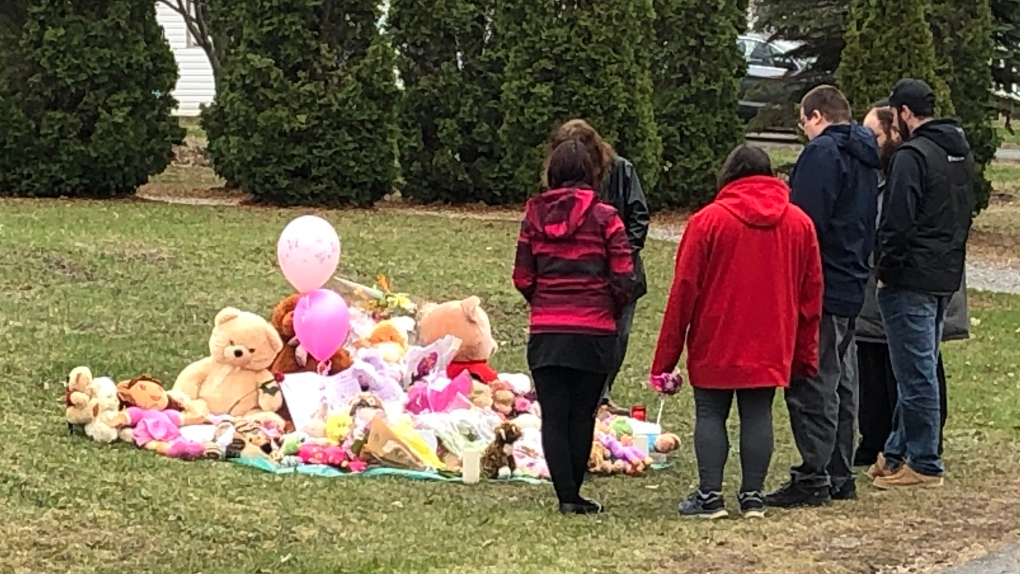 A makeshift memorial for the Granby girl.

Quebec's junior health minister wants to know why social services did not intervene before a seven-year-old girl died.

Lionel Carmant said Wednesday that this week's death of a seven-year-old girl in Granby was tragic and should not have happened.

"I'm outraged by what I read today," Carmant said. "I don't understand how a child who was removed from school and whose grandparents tried to report the situation wasn't taken in by the system."

Carmant was blunt in his initial assessment to reporters in Quebec City. "Clearly, there were flaws," he said.

He said Social Services had been aware of problems in the girl's home for several months, and he is considering a larger investigation into lengthy wait times for youth protection services across the province.

"I think the problem is all over Quebec. I personally went to visit Batshaw, to the Laurentians, and to the Monteregie where are the main waiting lists, but the Eastern Townships is also a significant waiting list," said Carmant.

The child, whose identity cannot be revealed because she is a minor, was found tied to a bed and beaten on Monday.

Liberal MNA Helene David, the social services critic, said the local authorities knew the girl had been pulled out of school, and that the girl's grandmother was trying to get custody because she did not think her son was fit to care for the girl.

"The case was well known by the social services, so what happened for that and nobody intervened. It's so sad. We don't want any of our kids to die like that. It's so sad for Quebec society," said David.

Since the girl has died, charges against the two adults could be upgraded.

In the meantime the director of youth protection services for the Eastern Townships held a press conference and asked the public to stop harassing employees at the Granby office. He asked people not to jump to conclusions about the case.

He also said the law is clear that removing a child from their home is the final step and that move has to be based on facts, and not rumours.

- With files from Sidhartha Banerjee of The Canadian Press