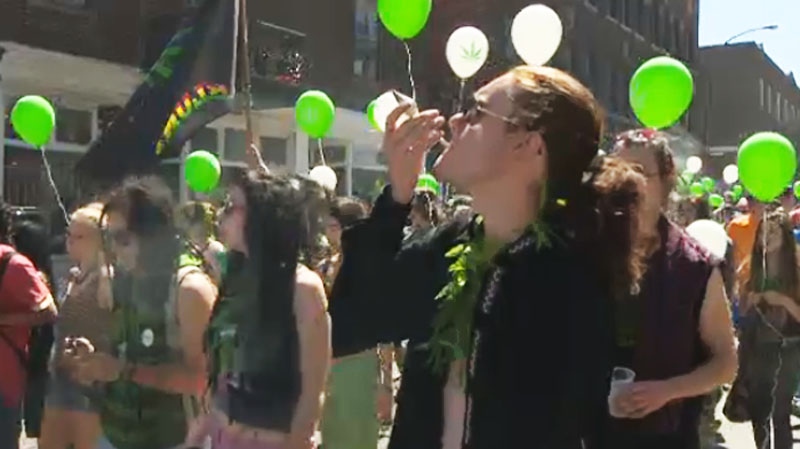 MONTREAL - Over 1,000 people are expected to participate in Montreal’s 14th annual march in favour of legalizing marijuana Saturday.

The march was slated to kick off at the Parc des Ameriques and then return to the same spot for a music festival throughout the afternoon.

This year the Marijuana Foundation has been highly-critical of the federal Harper government’s stricter approach to marijuana.

Organizer Marc-Boris St-Maurice said that the Conservatives’ policy goes against the larger trend, which has seen residents of Colorado and Washington State vote last December to legalize the recreational consumption of cannabis.

St-Maurice, a longtime pot activist who has run for elections on the municpal, provincial and federal stages, argued that the war on marijuana causes more problems than it solves and that that legalization would lower drug abuse and make consumers more responsible.

This year the march received a $10,000 donation from British Columbia resident Bob Erb, 60, who has given widely to such causes after winning a $25 million jackpot in a Lotto-Max lottery last fall.

The event comes two weeks after the 420 rally, a similar pro-marijuana event which saw many Montrealers smoke up on the grass at Mount Royal Park in support of the relaxation of the cannabis ban.