Harris 'fondly' recalls years in Montreal during call with Trudeau 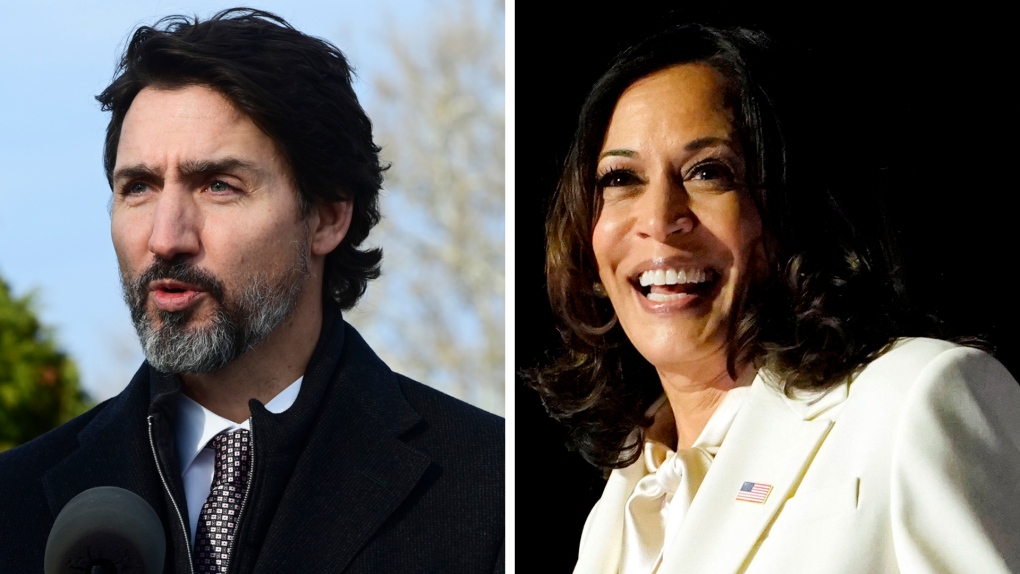 During the call, Harris offered assurances that the Biden administration would "do everything it can" to secure the release of two Canadian citizens detained by China, according to a readout from the White House.

Her arrest infuriated Beijing, and the Chinese government has made moves to punish Canada since then, including banning imports of some Canadian goods.

The detained Canadians are a top priority for Trudeau, and Canada has pushed Washington to apply pressure on Beijing to release them.

A senior official familiar with the call said Harris proactively brought up the two detained Canadians herself -- something that was appreciated by Trudeau and Canadian officials. The official was not authorized to speak publicly about the call and spoke on condition of anonymity.

The two also discussed Canada's contact tracing smartphone app that notifies Canadians of exposure to the new coronavirus. The app is voluntary and that if someone tests positive, other users who have the app and have been in proximity will are alerted they've been exposed to someone who has tested positive.

According to a readout from Trudeau's office, Harris "recalled fondly" her years as a high school student in Montreal, and the two also discussed trade policies between the nations and "avoiding the unintended consequences of Buy America policies." President Joe Biden signed an executive order last week focused on strengthening compliance with laws requiring the federal government to use domestic materials and products.

Neither readout mentions the disagreement between the two nations surrounding the controversial Keystone XL pipeline. Biden signed an executive order revoking a permit for the pipeline, which carries oil from Canada to the U.S. but has faced fierce opposition from climate change activists and Indigenous advocacy groups.

But Trudeau's office notes that they spoke about a planned meeting between the two leaders set for this month. Canada has traditionally been the first foreign stop for new U.S. presidents, and Biden's first call to a foreign leader was to Trudeau, made the Friday after he was sworn in.

It's unclear whether the two will meet in person or whether the coronavirus pandemic will force them to meet virtually.