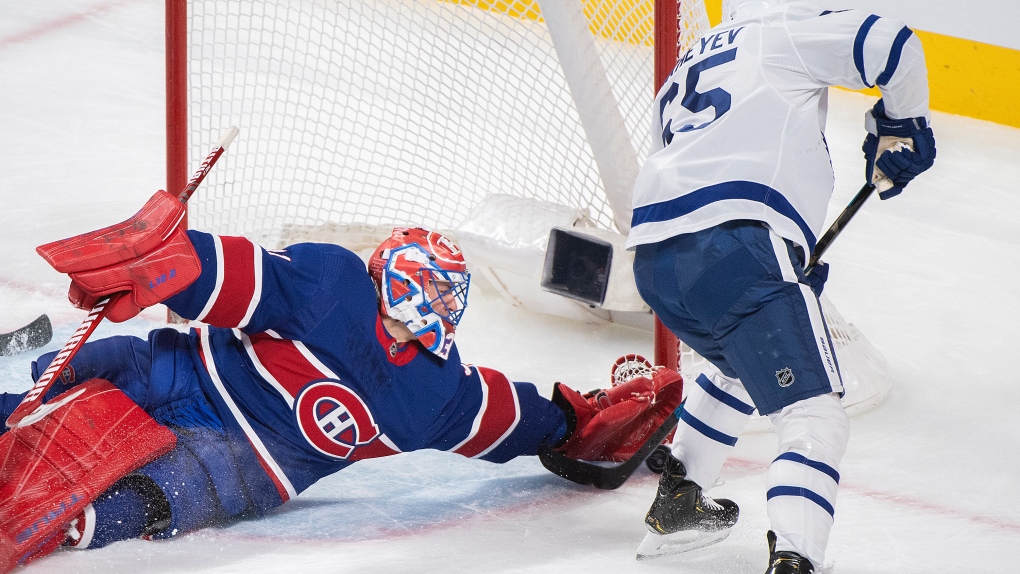 Mitch Marner, with a goal and two assists, Travis Boyd and Alexander Kerfoot provided the rest of the offence for Toronto (14-3-2), which got 30 saves from Frederik Andersen. Morgan Rielly added two assists.

Matthews, who also registered a four-point night in Thursday's 7-3 victory over the Ottawa Senators, has put up that eye-popping goal number in just 18 games -- he missed one contest because of a hand injury -- with 17 coming in his last 14 contests.

The 23-year-old is also just the sixth player in franchise history to register a point in 16 straight games, two back of record-holders Darryl Sittler and Ed Olczyk.

The Canadiens played for the first time in a week after picking up a much-needed 2-1 road victory over the Leafs last Saturday to snap a 1-3-0 stretch, while Toronto suited up for the fourth time in six nights on the heels of a three-game series with Ottawa that saw the North Division's top seed go 2-0-1.