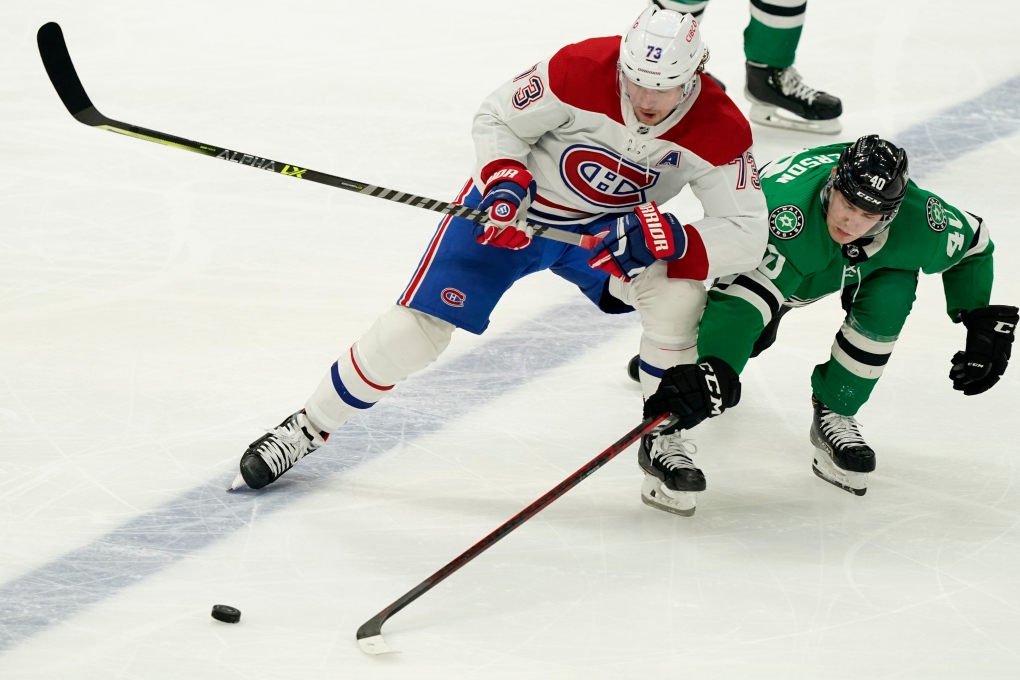 Hours after Kent Hughes was named general manager of the Montreal Canadiens, head coach Dominique Ducharme’s team earned its first win of 2022 with a 5-3 victory over the Dallas Stars on Tuesday night.

Michael Pezzetta, Tyler Toffoli — playing his first game since December 4 — and Josh Anderson scored for the Canadiens (8-25-5), with Christian Dvorak scoring twice. The team earned their first victory since a 3-2 shootout win over the Philadelphia Flyers on Dec. 16. Nick Suzuki also had two assists.

Jacob Peterson, Tyler Seguin and Joe Pavelski added to the score sheet for the Stars (18-16-2), who suffered their third straight loss.

Samuel Montembeault finished his night with 47 saves. The win was Montembeault’s second of the season and his first since Nov. 20 against the Nashville Predators.

His opponent, Jake Oettinger, gave up five saves on 18 shots before giving up his place in the third period to Braden Holtby, who completed the game in front of the net.

The two teams exchanged some good scoring chances in the first period, but went into the locker room empty-handed at the first intermission — thanks in part to Montembeault. Dvorak finally broke the deadlock on the power play at 7:35 of the middle period, after unleashing a shot from the slot that beat Oettinger quickly under his glove. Pezzetta doubled the Red-Blue lead 22 seconds later.

— This report was first published in French by The Canadian Press.

Canadian airlines and airports claimed top spots in flight delays over the July long weekend, notching more than nearly any other around the world. Air Canada ranked No. 1 in delays on Saturday and Sunday, according to tracking service FlightAware.

An 'incredibly ill-advised stunt' is being investigated by the Toronto Transit Commission after video emerged of two masked men carrying Canadian flags while surfing on top of a train.