Got $30 to spare? A seat from the Colisee de Quebec could be yours 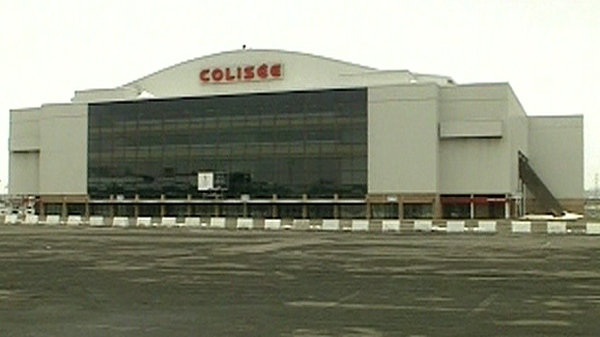 The Colisee in Quebec City closed in 2015. (Image from CTV News files)

QUEBEC - Quebec City has announced that it will be selling seats from the old Colisee de Quebec, once the home arena of the Quebec Nordiques, later this month.

While the Colisee held 15,000 seats, only 4,000 of them were of the white wooden variety that are going on sale; the other 11,000, which are made of blue plastic, will be repurposed in municipal institutions, schools and other organizations.

(Note: the seats are not freestanding - they would need to be attached to a wall in order to be used).

Some 500 people who had already indicated their interest in buying seats from the Colisee will be contacted before the on-sale later this month.

For an extra $25 per seat, fans of the old Nordiques will also have the option of getting their seats signed by former members of the team. That money will go to charity.

This report by La Presse Canadienne was first published Oct. 8, 2019.